A country which seeks independence should be energy independent at first. Therefore, the government should support local sources of energy and preferably renewable. If everything goes well Belarus can become completely independent by 2050.

This articles focuses on the use of wind power — a renewable type of energy, since it is a consequence of solar activity and will be available as long as the Sun is.

Wind energy is used by people for a long time: the ancient Phoenicians used the sailing fleet and windmills were used to grind grain in Persia in 200 BC. They were used in the Islamic world and appeared in Europe in the XIII century. 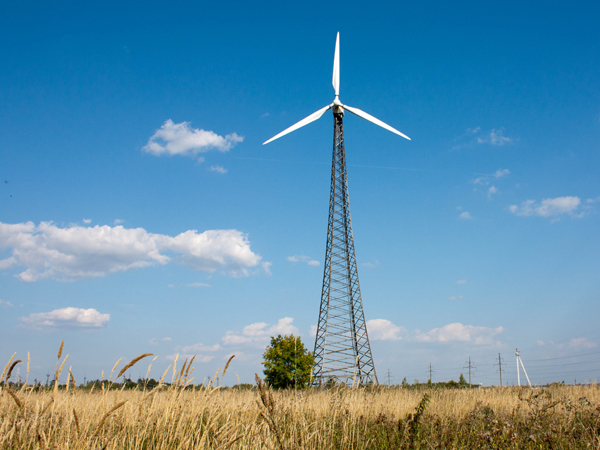 Wind energy is actively developing in Europe and is of great interest, as well as various types of disputes about its advantages and disadvantages. At what stage of development of wind power is Belarus? What is the potential for this type of energy in Belarus? According to the national program for the development of local and renewable resources during 2011–2015 1840 sites were revealed which can be used for either single wind plants or wind farms. These sites are generally ridges of the hills of twenty to eighty meters in height with background wind speed of five meters per second and more which may be used by five to twenty windmills.

At the moment on the territory of Belarus there are 23 wind turbines. They are installed in Grodno, Minsk, Vitebsk and Mogilev Regions. The largest wind power plant in Belarus is in the Grabniki (Грабники) village of the Navahrudak District in Grodno Region: its capacity is 1.5 MW. This windmill is still the largest and the most powerful in Belarus and also the only state owned. Experts say that windmills will be repaid within five years at an average annual rate of 6–8 m/s.

It is clear why these locations were chosen after looking at this data: 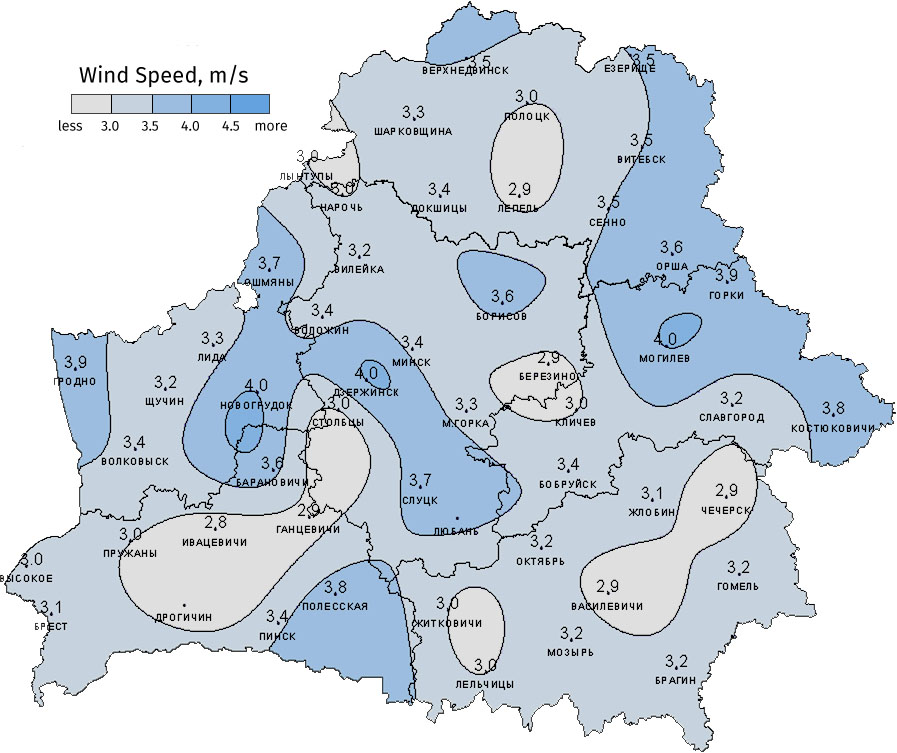 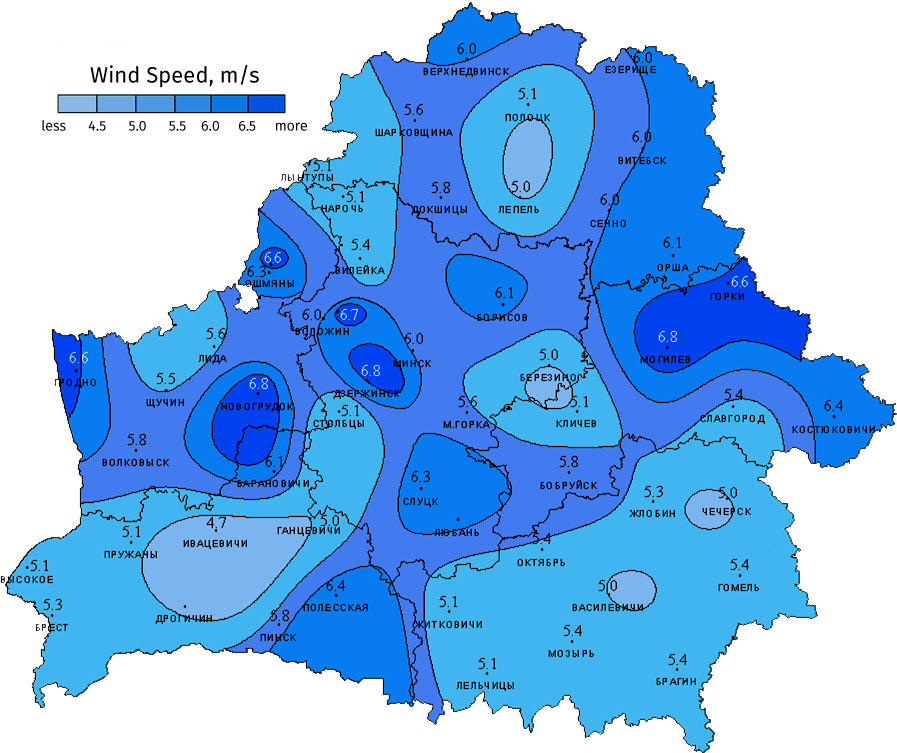 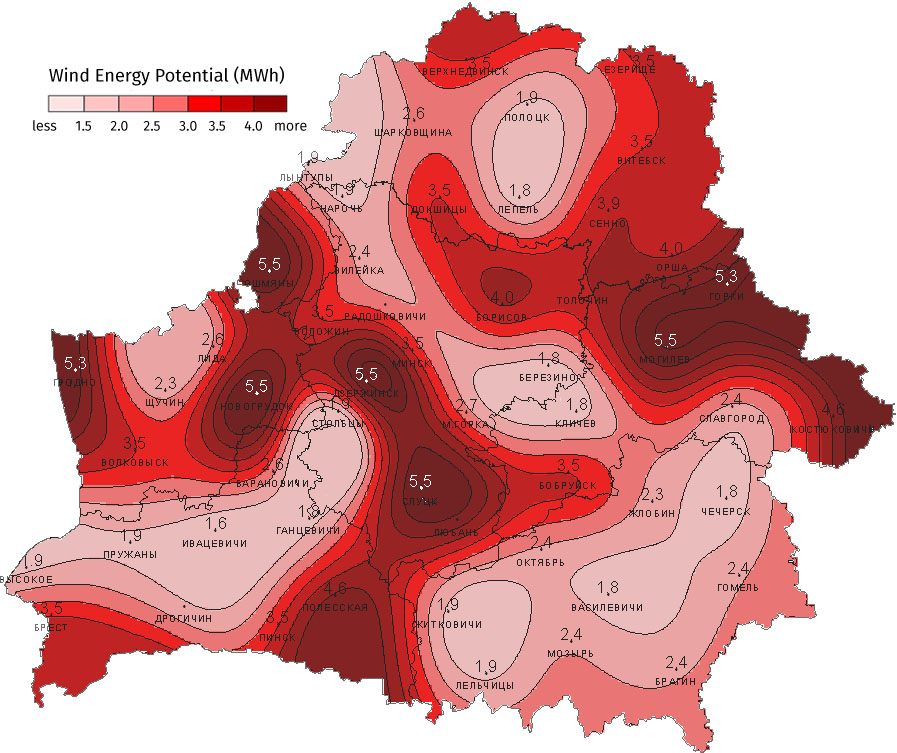 Wind energy potential of the Republic of Belarus at the height of the installation of wind rotor hundred meters from the ground (for wind turbines of 2.5 MW installed capacity)

In the Smorgon District a wind farm is being built and in April 2014 the opening ceremony of the first two windmills took place. Seventeen wind plants are promised during 2014–2015. The first wind plant was installed in Bobruisk District in 2013. Five windmills will be added to the current one in the Navahrudak District and together they will be able to satisfy nearly a quarter of the Districts’ electricity needs! The wind farm is planned in the Luzhische (Лужище) village of the Ashmyany District. The realization of the project is expected to be in six stages up to 2020.

An interesting fact is that energy companies are required to buy alternative energy from individuals at a higher price. According to the calculations, if a wind turbine as in Navahrudak District was privately owned, then by selling energy to the government due to the increased tariffs an individual or a company could earn around 1.5 $ million in a year. 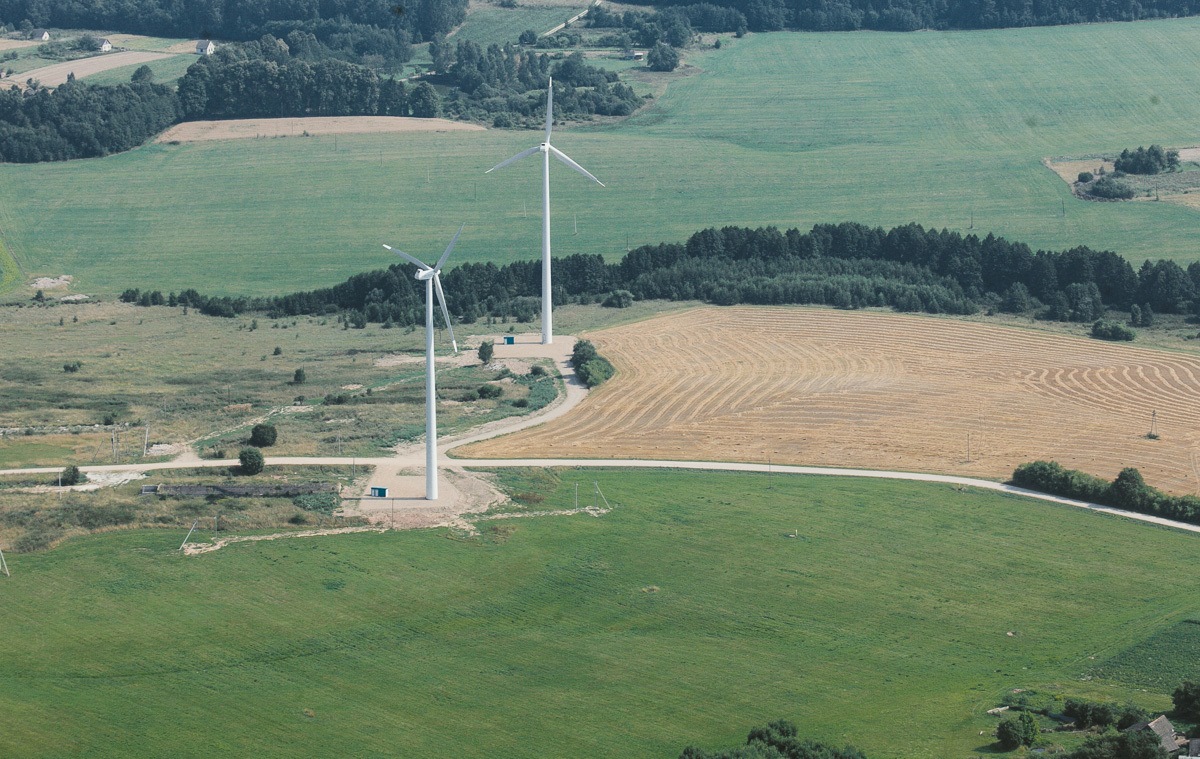 Windmills in the Navahrudak District

While investors are engaged in the installation of expensive windmills across the country a resident of Belarus has made a windmill on his own using old spare parts from a car. This windmill produces 5 kilowatts of power at a wind of five meters per second and supplies ten 12-volt LED throughout the site. Even if there will be no wind at all the light bulbs in the yard will have power for two nights consuming the stored energy of the battery! 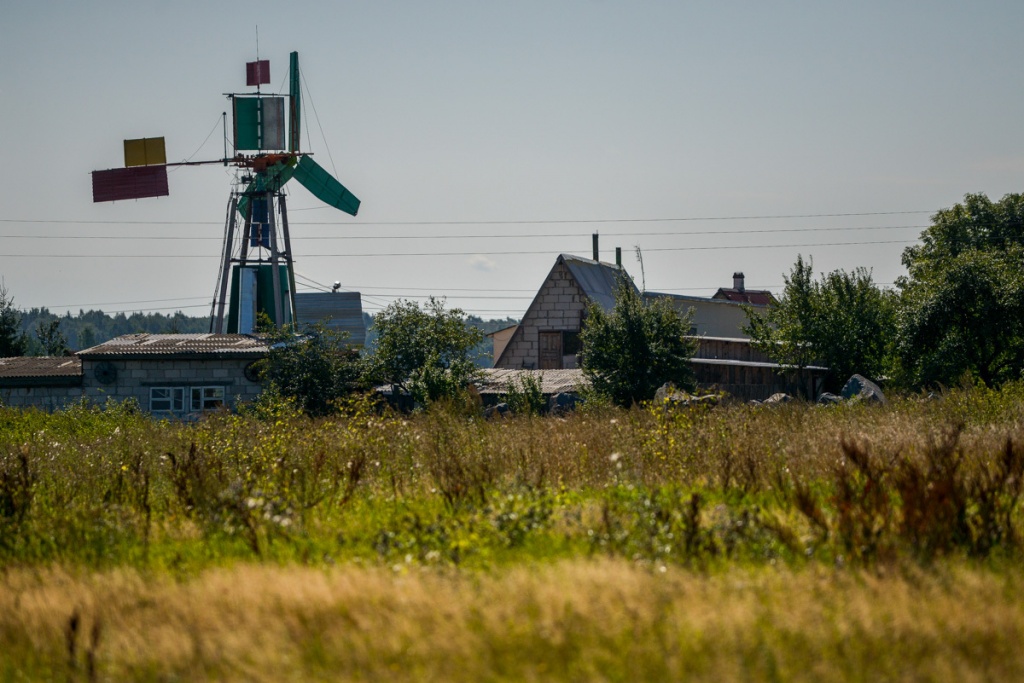 Wind power is often criticized that it is not competitive with the conventional forms of energy and it has to be subsidized. It is so, if compared to a gas field or a hydroelectric dam then the wind plant has little chances of standing the competition. However, Belarus has no gas and no significant water resources on its territory and that means that wind energy development is a great contribution to the future of the country. And let’s not forget that wind energy is not only renewable but also clean and it a weighty argument.

The development of wind energy will give us not only clean energy: for example, part of the equipment for the wind farms can be produced in Belarus. This also applies to the supports which can be manufactures of reinforced concrete, transformers, converters, control systems, steel structures and individual transmission blocks. Only blades and generators probably will be imported from other countries. In any case wind energy is going to be developed in neighbor countries (Russia, Ukraine and Lithuania) and, therefore, spare parts can be exported to them. The demand for such products will be constant regardless of the state of foreign markets. Production of components and support of windmills will increase the number of jobs. All this will positively affect the entire economy of the country. 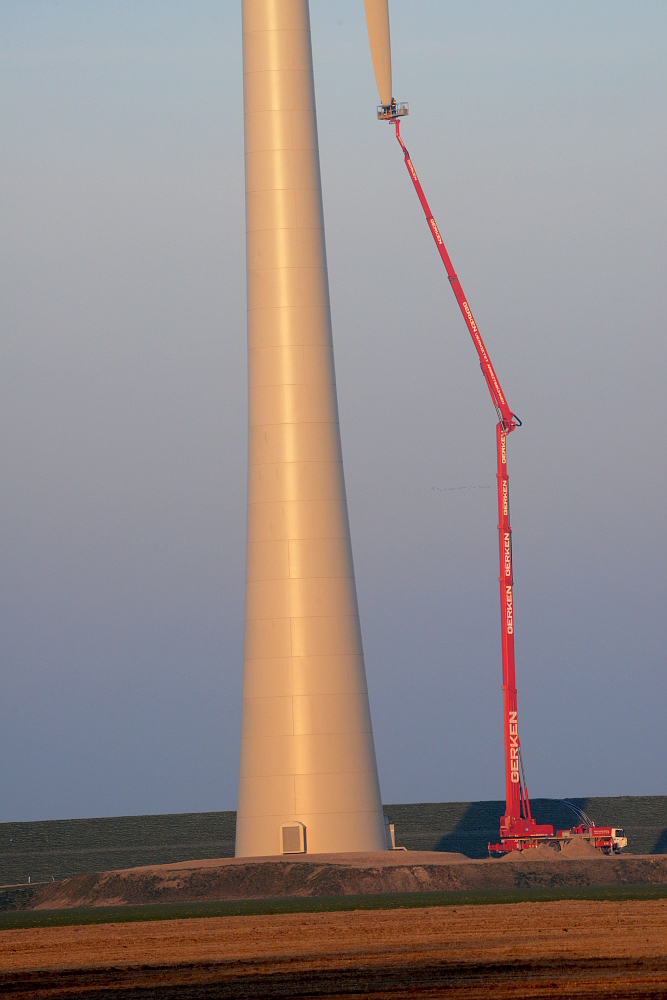 Maintenance of the blades

At this moment wind energy should bring 2–5 % of the energy to the total energy balance of Belarus. Wind can also help our country to solve the problem of energy dependence on its neighbors. This is not a momentary solution but it is accessible and real.

The following materials will continue the discussion of wind power but on a global scale. We will also talk about solar energy and nuclear fusion reactors.