According to Stephen Hawking genetic modification of humans is a threat that we should worry about since these modifications can create ‘superhumans’ that will become first-class citizens. 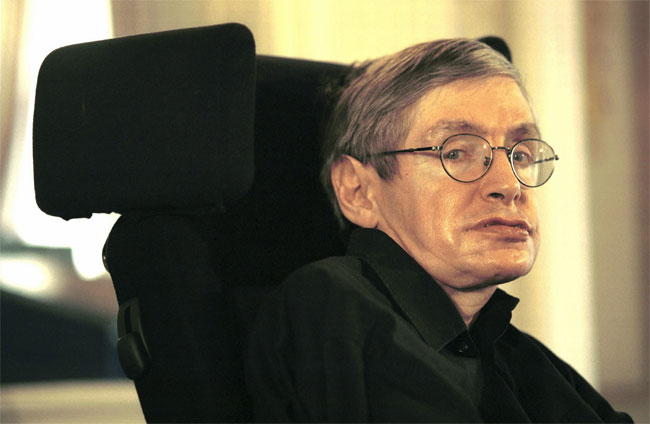 What ‘superhumans’ are you talking about?

The Times posted an article with extractions from Stephen Hawking’s last book composed of articles and essays that the late scientist left. It is going to be published soon and it includes Hawking’s last fears. Here’re some of them:

“I am sure that during this century people will discover how to modify both intelligence and instincts such as aggression. <…> Laws will probably be passed against genetic engineering with humans. But some people won’t be able to resist the temptation to improve human characteristics, such as memory, resistance to disease and length of life. <…> Once such superhumans appear, there will be significant political problems with unimproved humans, who won’t be able to compete. <…> Presumably, they will die out, or become unimportant. Instead, there will be a race of self-designing beings who are improving at an ever-increasing rate.”

That does sound scary! Isn’t it?

It is indeed. Though our current situation on the planet doesn’t differ much from Hawking’s prediction of the future.

What do you mean? Don’t tell me ‘superhumans’ already exist.

Well, actually they do.

If you were born and are a citizen of countries like the US, Canada, older members of the EU and other developed countries then you could be classified as a ‘superhuman’, as citizens of these countries have access to the best healthcare, food, education and living conditions in the world.

Fact — there are rich and poor countries and the gap between them is immense. Even countries like Czechia and Poland that are in the EU still have a long way to go to become as rich as Germany or France.

And yet it doesn’t seem that most of the world is dying out or becomes unimportant. Though it is indeed less competitive, but it has always been that way.

By saying ‘some people won’t be able to resist the temptation’ Hawking probably meant the rich as they have the financial resources to improve their genes first. Inequality is growing and at some point, the rich get so rich and genetically improved that they will…

… do what? Improve their quality of life? Their longevity? They will look better, feel better, happier and be more confident? How’s it different from being a Swede and a Syrian today?

The first is a citizen of one of the best countries in the world that has great infrastructure, high human development index. A Swede has access to healthcare and education. A Swede is way more competitive — one can travel throughout the world with a Swedish passport, move to a different country without too much hassle, can save up some money and feel like a king in a third or even second world country. Will easily get a job since Sweden is an important market and Swedes are valuable even in poorest countries. When a Swede immigrates he or she is considered as an ‘expat’ and can easily ‘take a year off’ to ‘see the world’. A Syrian has no time for that since he or she is busy with surviving in a poor country.

This is already happening and the world is not collapsing into the chaos that Hawking predicts.

I see that. But what if the rich will become so rich that they won’t be dependent on the rest of society? They’ll be able to influence politics or even replace it. In that case, Hawking is right — unimproved humans will die out.

We already have an immense inequality on the planet and nothing like that is happening. Poverty is still an issue, though, obviously, politicians from developed countries are more concerned about the well-being of their countries and this is logical. Again — nobody is dying out and the population of the planet is actually growing in the least developed places on the Earth.

But let’s assume that improved humans will become supercompetitive and they’ll force others to extinction. Out of 10 billion people we’ll have 0,5 billion or the 5 %. What will this ‘elite’ do? Our economy is based on producing and selling goods and services to each other.

Why would Zuckerberg, Gates, Jobs or any other entrepreneur, CEO or billionaire want to kill off his users, customers, and clients? You can’t sell Cola to robots or sell more Cola to 0,5 billion after 10. You can’t have more Facebook users when 95 % of the population is extinct. One can’t become rich in a vacuum — you need a client for your product. The more, the better.

That is why Google is concerned about being present in China. That is why Facebook is promoting internet access in developing countries.

That makes sense. But genetic improvement sounds expensive. It’ll still be available only to the rich, right?

Perhaps it will be when the technology will be introduced. But keep in mind how the economy works: if there’s demand there will be supply. First mobile phones and computers were bulky and expensive. Today we have a great variety of phones and laptops that can fit into every budget, taste, and even pocket. Let’s not forget that our living standards are much higher than the ones experienced by kings of the past. We have electricity, gas, hot water, air conditioning, heating, sewage and that is present in the majority of the countries.

Alright, if we won’t live in Hawking’s dystopia, then what kind of a world we’ll live in?

It’s not realistic to predict the future and I’m not sure why Hawking gave so many alarmist statements. I’ll be on the safe side and will start from the past.

This is, of course, a simplified view of the Russian Empire, but let’s fast-forward to the 1980s and 90s. The Soviet Union is collapsing. People have a shortage of food, clothes and what not. While inequality wasn’t high in the USSR the population, in general, was poor.

Now back to 2018. Russians are still relatively poor compared to Western Europeans, but people do have access to food, clothes, internet, mobile phones, cars. Just a couple of decades ago the majority of the population lacked all this.

Life in today’s Russia was never as good as it is. And this is the case for the whole world. As The Guardian reports:

This can’t be ignored. We live better, will live better and will deal with the challenges that the future is preparing for us. What we should be afraid of is creating a distorted version of reality and that is actually called ‘fake news’.