The LGBTQ+ community is occasionally introducing new pronouns, but is it the only way to embrace gender diversity? What if we abandon pronouns altogether and just stick to a single one?

Before going on I’d like to give an example from Polish. Even for a Russian speaker, some aspects of Polish seem very conservative or even sexist. Here’s table from the ‘Polski, krok po kroku’ textbook: 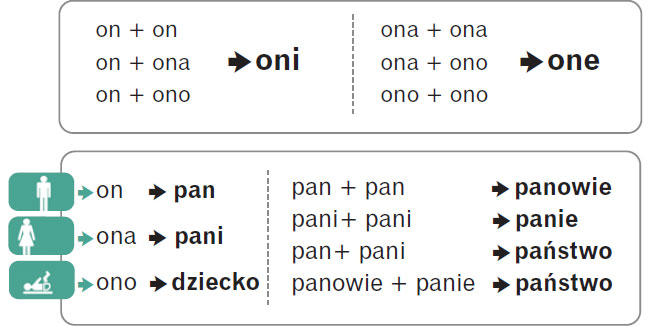 While in English (Russian as well) we use they in every situation, in Polish it’s slightly more complicated. Poles use ‘oni’ when we have a group that has at least one man and they use ‘one’ (doesn’t sound like the English ‘number one’) when there’s no man in the group. So, a man with a child is called ‘oni’ and a woman with a child is called ‘one’.

When it comes to addressing people formally Poles use ‘Pan’ and ‘Pani’ for a man and a woman respectively. The most complicated part comes when you need to formally address a group. For a male group Poles use ‘panowie’ and for a female group it’s ‘panie’. However, if a female group has at least one man in it (or the other way around) it’s called ‘państwo’.

Once again, in all of these scenarios we use ‘they’ in English. Did it make the language poorer and the communication worse? Or the Poles are simply good at over-complicating things? I’m leaning towards the second option.

Do We Need Gender-Neutral Pronouns?

Let’s now go back to the gender-neutral pronouns. There’re plenty of these today and I guess we’re not done with them. 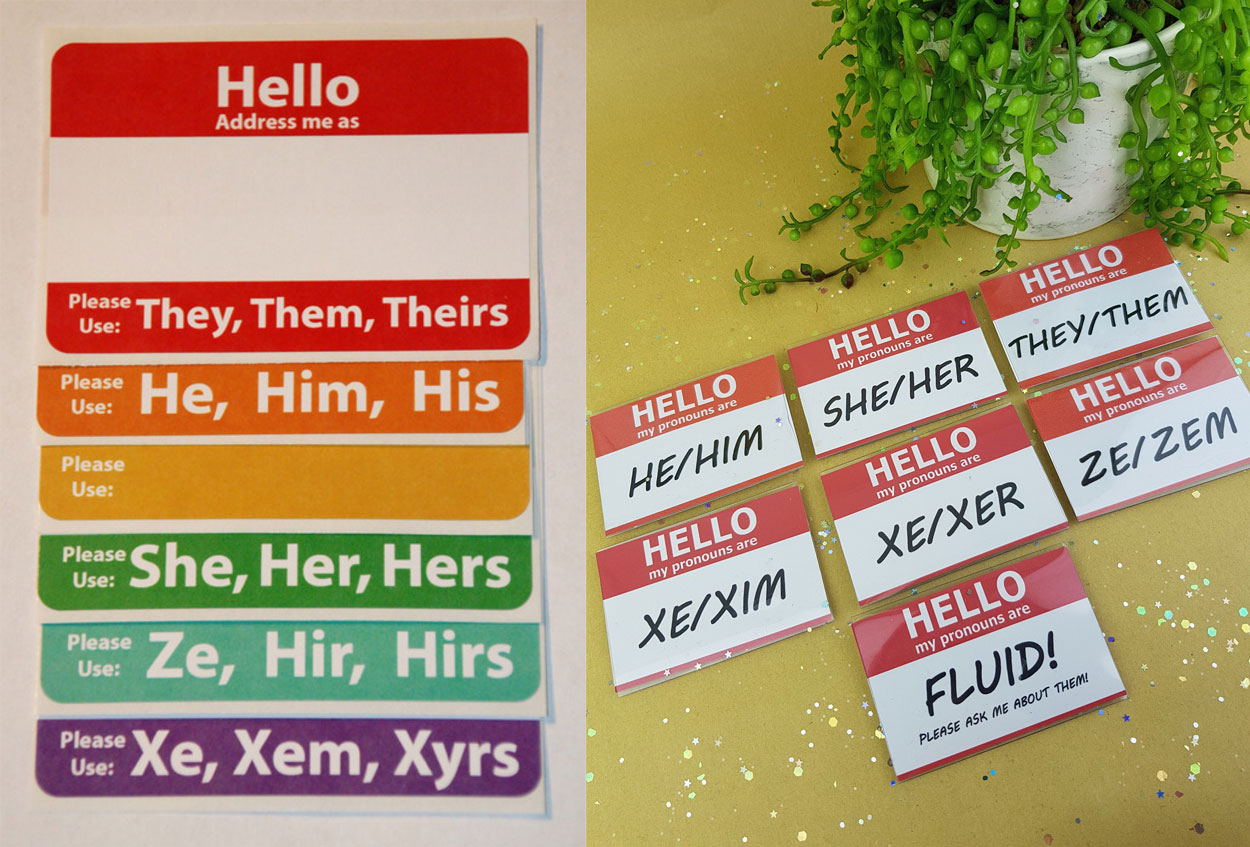 There’re even t-shirts with prints: 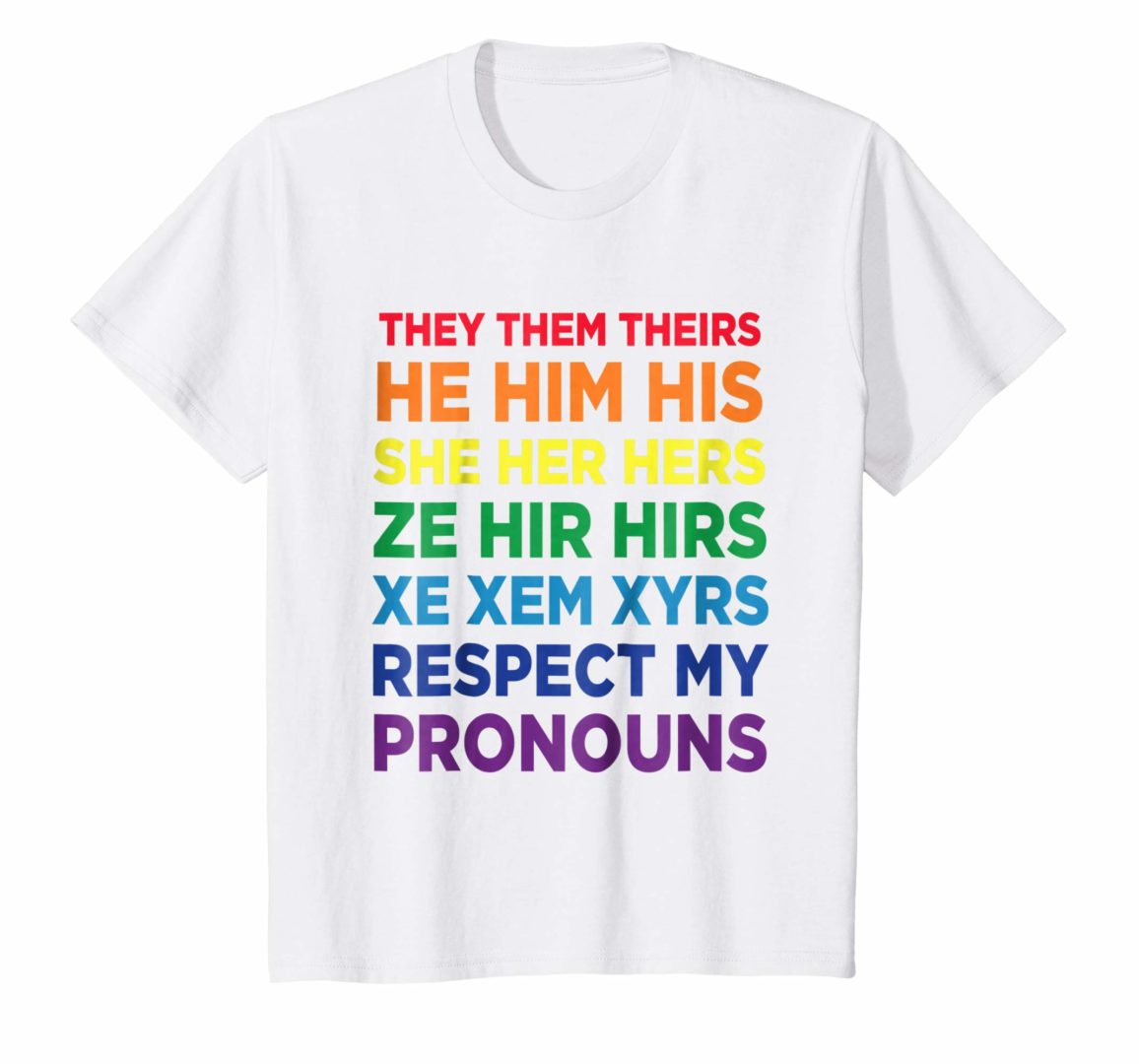 But what if we changed the tactics? Instead of putting so much emphasis on who said it we could simply remove gender from our language.

In the past, it was important whether it was she who said it or it was a he. If it was a man’s opinion other men could consider it depending on his social class and status. However, if it was a woman chances were slim — in a male-dominated world men would only find it cute that the Cleaning-Caring-Catering-Childbearing-Sexbot could even talk. Gladly these days are over.

Emancipation is about women and minorities gaining the same rights that men had. So, instead of multiplying the number of pronouns we can decrease their number.

Taking into account that the language is mostly male-centered (e. g. if we look at the words describing professions — an engineer, architect, doctor) we could stick to the ‘he / him’ option. That would leave us with something like this:

Using this system we completely eliminate gender from our speech. Everyone is a ‘he’ and everything is ‘his’. Next time we would like to put a special emphasis on someone’s sex or gender we simply add ‘he is a lesbian woman’, ‘he is a cisgender male’ and so on. We already do that by saying ‘he is a Christian’, ‘she’s black’, ‘he is from Brazil’, ‘that guy is fat’. Gender and sex would become these additional characteristics that we would elaborate on when it would be required and appropriate.

While it may be a quite radical proposition, we should decide how we want to shape our language. Is it about creating more and more exceptions? This strategy was used by Asian languages that have a separate symbol for a specific word or situation. I’m afraid that if we carry on with adding more and more pronouns we’ll end up following the wrong path.

The whole point of emancipation is erasing borders and breaking the ceilings for everyone who doesn’t fit the ‘norm’. Incorporating every sex and gender into our everyday speech is trying to break that large ‘norm’ into smaller ‘norms’. Instead, we should accept that sex and gender should not be part of our everyday language same as religion, race, skin color, and many other human features are not. That’s why we should decrease the number of pronouns and leave behind the time when it was important whether it was a he who said that or she.