Perhaps some of the readers have heard about the idea that our planet is some kind of a superorganism. In particular, it is usually said that Earth is able to control by itself the processes occurring on it and with it, in addition, being responsible for the existence of life. We’re talking about the Gaia theory. Gaia, in turn, was the Greek goddess of the Earth. By and large, it doesn’t matter whether life on the planet is the result of the “conscious” activity of the planet as an organism, a combination of a number of “random” circumstances, or a consequence of the existence of a universal law of the life-friendly areas.

In any case, life on the planet exists and it is likely that to make it appear, many different coincidences or assumptions were required. One of which is, of course, the geology of the planet.

Tectonic or lithospheric plates are responsible for the geological activity on the Earth. 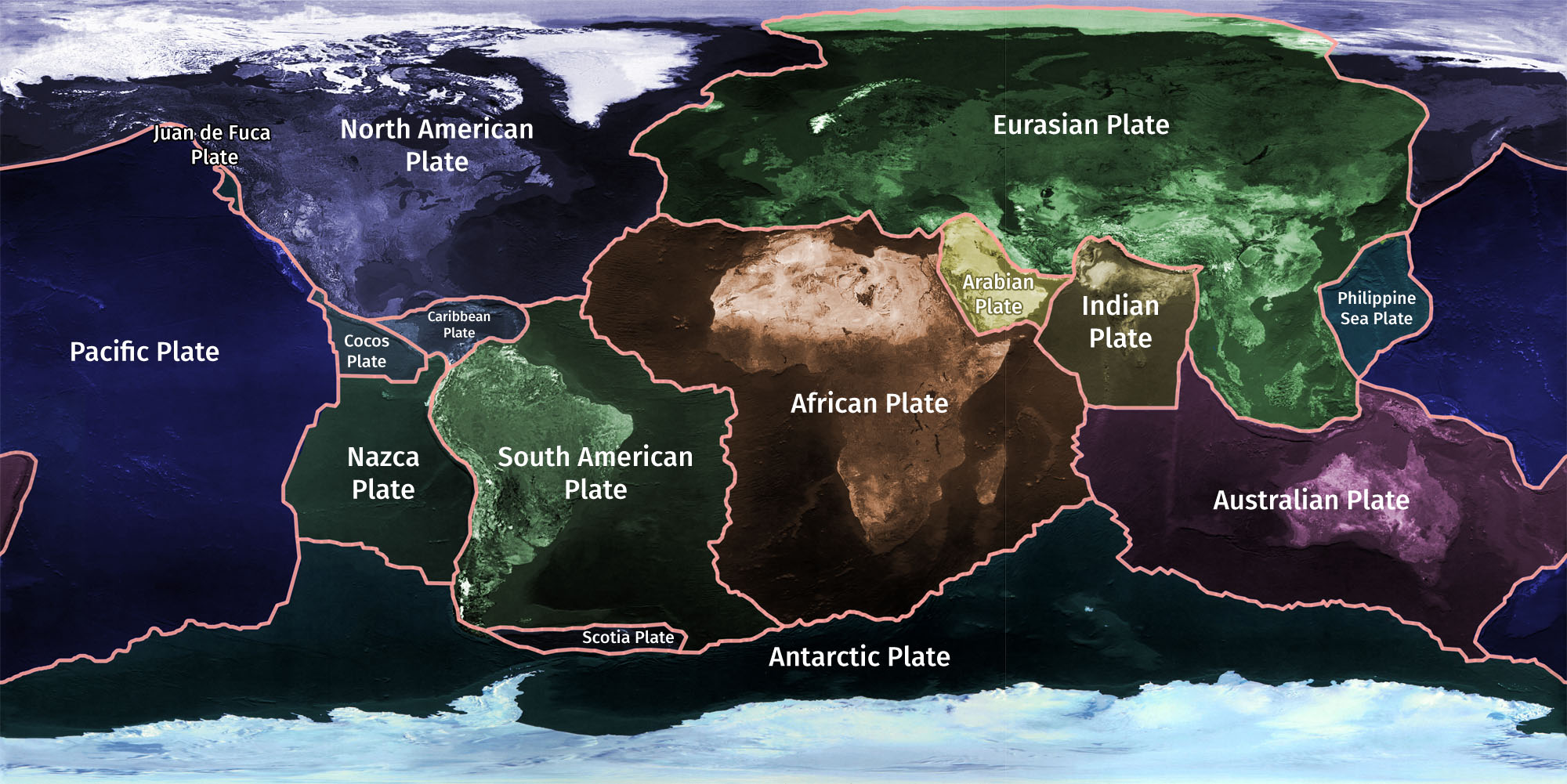 The lithospheric plates of our planet

To get a better understanding of the plates you can take a look at this 3D model:

It is believed that plate movements can affect the existence of life on the planet. It also worth noting that geological activity is not only present on the Earth but also on other celestial bodies in the Solar system. However, Earth is unique not due to the earthquakes which are even present on the Moon or Mars (called moonquakes and marsquakes, respectively), but rather for a well developed and strong tectonic activity. 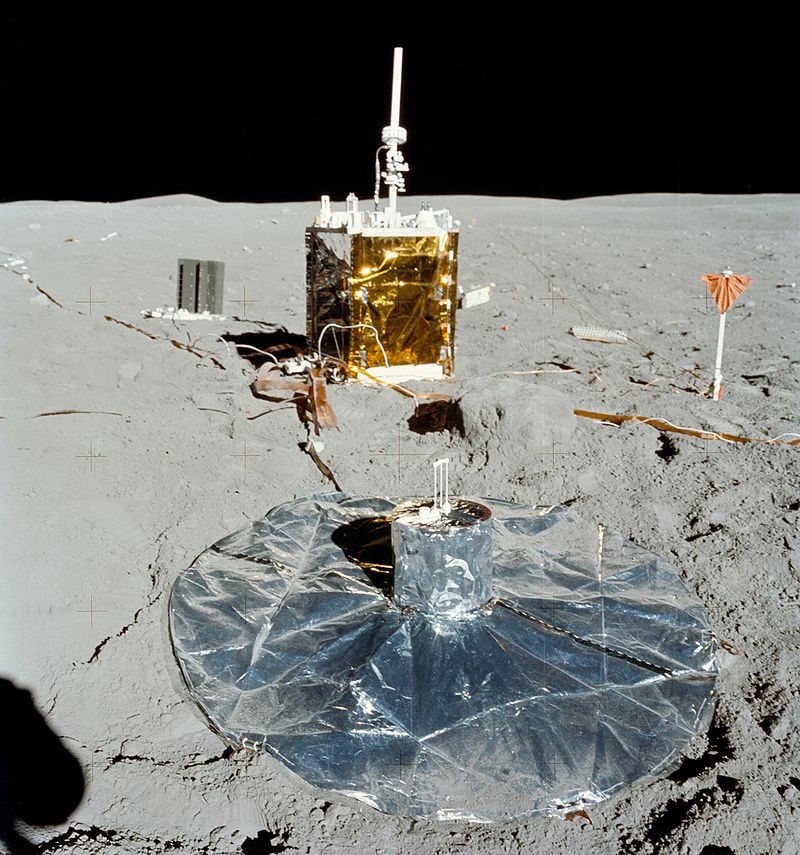 A seismometer on the Moon

Also, the Earth is the only planet in the Solar system whose outer crust is broken into plates. The tectonic plates are tens of kilometers thick. 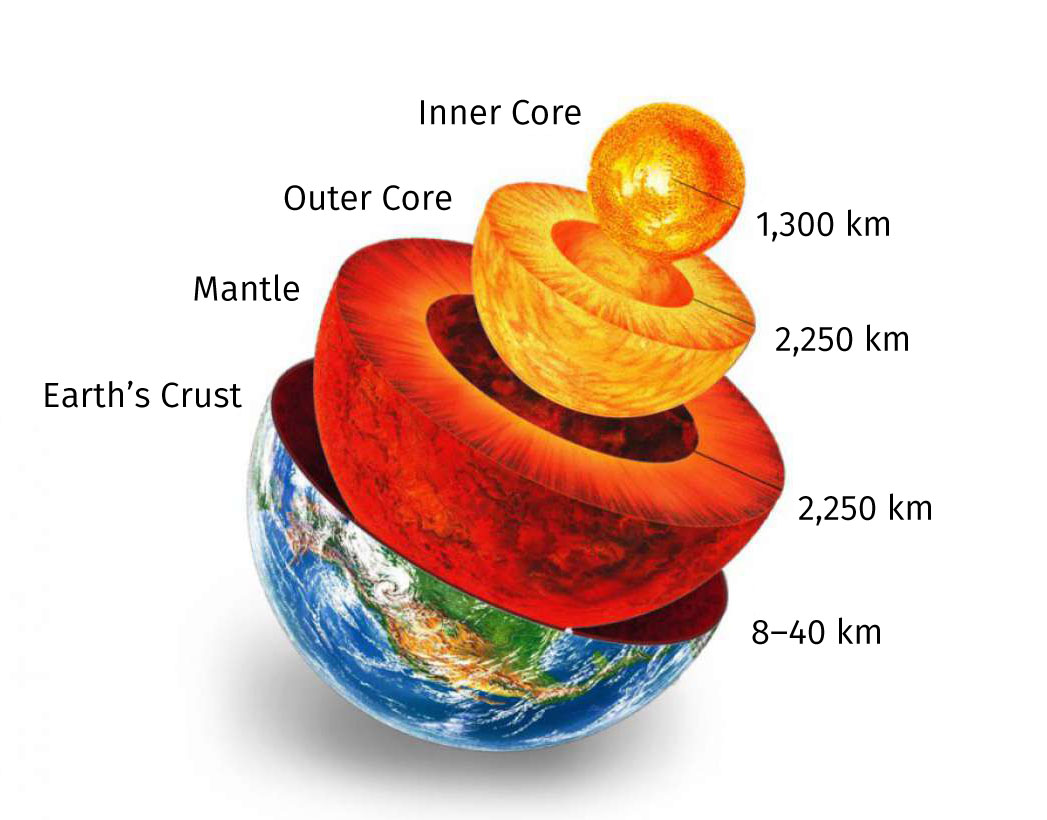 The thickness of the layers of the Earth

Scientists have tried to explain the cause of the movement of the tectonic plates and continents in the expansion of the radius of the Earth. It is a very beautiful hypothesis which hardly has anything in common with the reality. 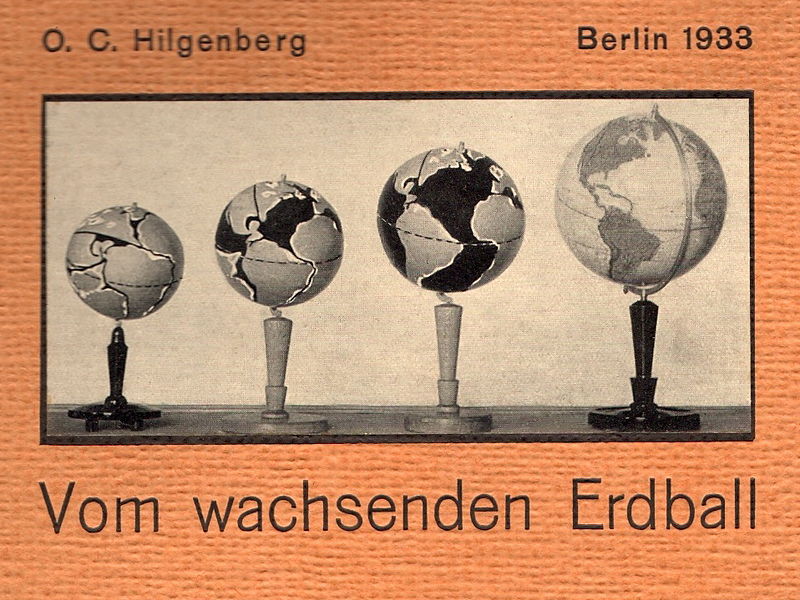 In reality, the main reason for the active movement of tectonic plates is thermal convection. The lower layers become lighter when heated and float while the upper layers cool down (being away from the heat source), become heavier and, as a result, fall down. The convection can be observed during the movement of the wind when in some parts of the planet air is heated and in other parts is cooled at the point of contact and so movement is created. And though we can’t see the wind and the air flows (it can only be felt), we can see the phenomenon of convection in the lava lamp.

Of course, the oil in a lava lamp is not the igneous rock in the mantle, but we shouldn’t forget about such factor as time. Specifically the fact that in the scale of seconds (in which an individual actually lives and thinks) the substance of the Earth’s mantle is solid, but on the scale of years and decades, this substance gets liquid properties. Perhaps it also depends on the size of the object considered.

In part, this shows that life and the perception speed of the surrounding space are preferably in the scale of seconds (or maximally minutes). Whereas global and cosmic processes must exist on a slower time scale. It turns out that in addition to the need for the existence of life-friendly zones, there is also a need for a certain time window of a certain scale. But we’ll talk about that later.

It will be interesting to take a look at the convection phenomenon in the mantle based on the results of the current research by Harro Schmeling which indicate cold (blue) and hot (red) fields in the Earth’s mantle.

In the image, the convective movement within the mantle is clearly visible. The movement that is caused by the convection leads to a number of processes, namely the movement of tectonic plates and their consequences.

The movement between the two plates can obviously be either converging and colliding or diverging with the formation of fractures. Convergence leads to subduction (one plate goes under the other) or collisions (a collapse of the two plates with the formation of mountain ranges). The discrepancy or divergence leads to spreading of the plates with the formation of ridges in the oceans and rifting (formation of a rift of the continental crust). There is also a third type of plate motion: plates are in a transform when they move along the crack. One way or another it is worth to talk about the nature of the plate motion some other time, especially given a significant number of terminology. 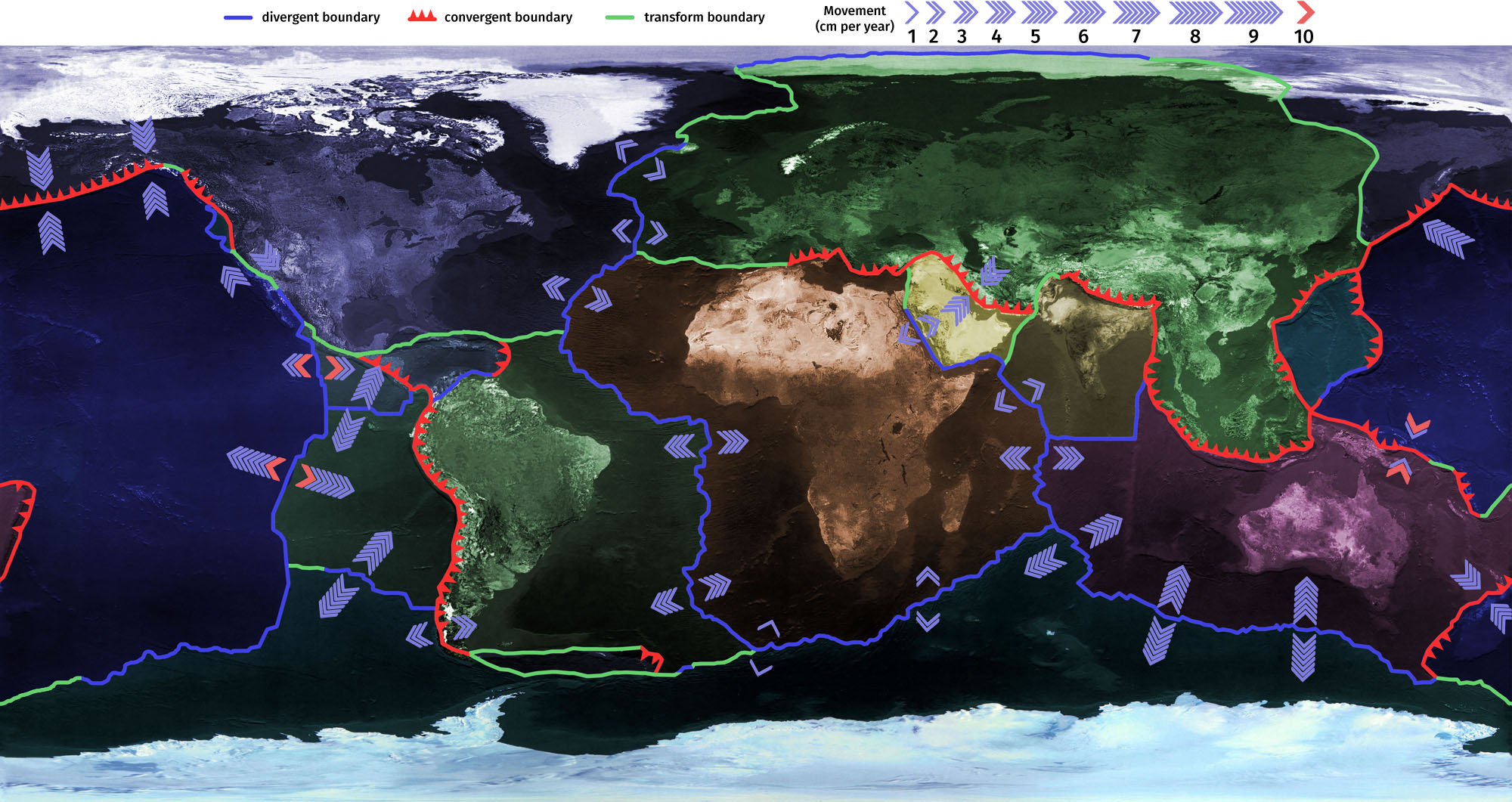 It is also worth mentioning the thickness of the plates. The Earth crust is continental and oceanic; the oceanic crust is up to 5–15 km while the continental reaches 15–80 km. This suggests that in comparison with the mantle the crust is extremely “thin”. Therefore, the movement of the plates and their stability even in the scale of seconds is extremely difficult to envision (if that’s even possible). And that’s why the movement of the tectonic plates in itself can cause extreme surprise of its inability to structure, its implementation complexity and apparent unreliability. In any way, we don’t have a better choice.

The result of the movement of the plates in addition to the existing life (although not proven) we can call earthquakes and volcanism. While volcanoes are common not only at the plate boundaries, the map of earthquakes over the past tens of years clearly draws the boundaries of the tectonic plates and we can see an apparent dependence here. The ring of volcanoes around the Pacific plate is called the “Pacific Ring of Fire”.

Map of the recent earthquakes and active volcanoes

That’s it for now. What will the movement of the tectonic plates on the Earth lead to and what will happen due to it we’ll cover in the future articles.