If I could tell one thing to Hollywood it would be this: stop throwing away food in your movies. Thanks.

I’ve never visited the US but, like everybody in the world, I am a ‘consumer’ of the American movie industry. I am an Eastern European and it always amazed me how Americans interacted with food in Hollywood (or American) movies.

It’s absolutely OK for an American to go into a café or a restaurant, order a large plate of food, take a bite or two and simply leave. Or don’t even touch it at all. It usually happens when a woman has a serious talk with a man and she’s just so ‘overwhelmed’ that she isn’t hungry anymore. So American! What’s the point then in going to a café if you don’t want to eat?

Also, if I think about it, you’ll almost always see a full plate of food in a Hollywood movie. Even when a character is leaving the table I can’t remember seeing an empty plate. Apparently, Americans are too rich to consider cafes and restaurants as places for eating. What a nation!

I also love these scenes where children start throwing food at each other. This usually happens at schools or parties. Everybody seems so happy. But when I think about washing myself, going home dirty, and cleaning the clothes afterwards… Doesn’t feel like doing it. 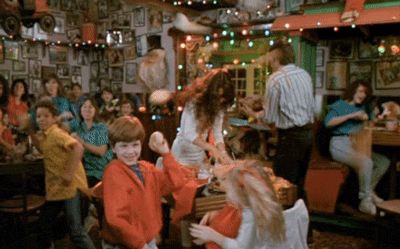 Ah, whom am I kidding — this is just weird. It’s even weirder to see grown-ups throwing food at each other. But this is America, so calm down!

What really pisses me off is when somebody on the screen throws away food. For instance, a father made eggs for breakfast but his kid doesn’t want to eat. What will the father do? Of course, he’ll put the eggs in the fri… Hey, what’re you doing? Why did that guy throw away a plate of eggs and a bowl of cereal? Are they nuts? Can’t you put food in the fridge and finish it later?

‘Storming off’ is another popular scene. One guy got offended by the other and so he storms off and throws away his untouched plate in the bin. This constantly happens on The Big Bang Theory, a popular show.

Not the best example from series, but illustrates the point:

In fact, Americans love to throw away things. What was a girlfriend’s present a moment ago is now at the bottom of a river. Didn’t get married or got divorced? Why not throw your wedding ring into the water?! 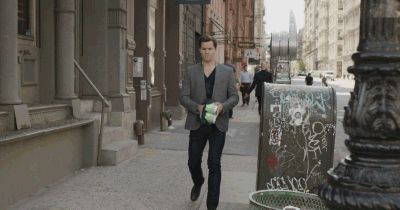 Wanna drink? Just take a sip and throw away. 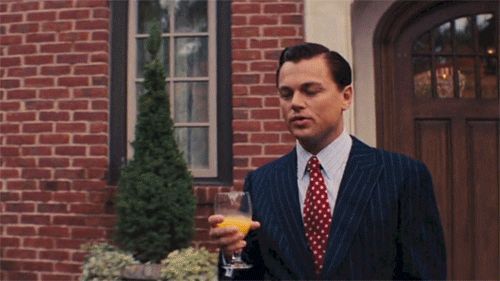 Have a fight with someone? 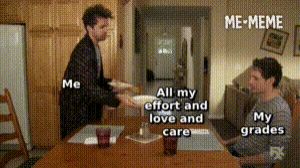 Throwing away a perfectly fine turkey? No problem! It’s the laaaand of the freeeee. 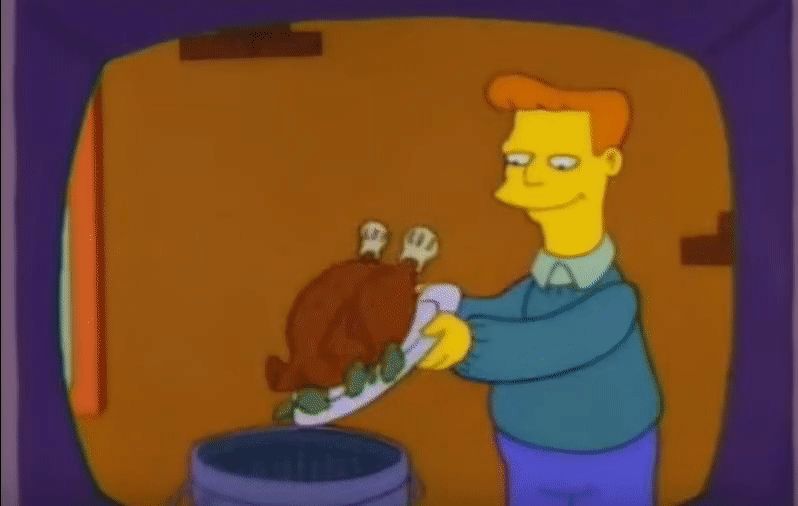 Food Waste Is a Real Problem

While I get it — these are just movies and most of the time actors don’t even have real food, but we have a serious problem when it comes to waste (we even managed to pollute the space) and food waste especially.

I don’t think that the way Americans are portrayed in the movies is correct (at least I hope so), but I also don’t believe that such scenes have no negative effect on the habits of the viewers. If you constantly see people carelessly interacting with food you unconsciously pick up such habits.

Just take a look at this short video about food waste from Vox:

We should also keep in mind that rats, raccoons, pigeons, and other animals live off food waste in large (American) cities. Eliminating food waste would solve at least part of that problem.

Americans need to change their food culture. You are the leaders of the free world and the biggest consumer on the planet. Obviously, it’s you who should behave responsibly in the first place. Personally, I genuinely believe you can do it.

But let’s be more specific: Hollywood can be the biggest trend-setter. I’m actually surprised why it hasn’t done anything by now. After all, it’s the sustainable-gluten-free-vegan-healthy-and-so-on West Coast with its tech entrepreneurs and ‘make the world a better place’. Or LA is not the same as San Francisco? Anyway, this is what Hollywood should do:

And if you think that Hollywood can’t change take a look at this:

Littering like this is practically nonexistent in the movies. That is a thing of the past. Same should happen to the current portrayal of food. I hope this changes and directors like Tarantino will create scenes like the famous tipping scene in his Reservoir Dogs:

And yeah, everybody in the video is so concerned with the wellbeing of waitresses, but they have absolutely no problem with throwing food and leaving lots of leftovers on their plates.