The European media constantly brings up these already mythologized ‘illegal immigrants’ that aren’t welcomed by EU citizens. However, it’s not that simple. Europeans and the far-right parties don’t welcome Muslims and Islam. Not immigrants and immigration in general.

I don’t know why the media talks about immigration so much. No word about Islam but only immigration. Most of the far-right politicians quite clearly stand against Muslims since they are associated by the population with terrorism, Islamization and the unwillingness to integrate into the society that hosts them.

Let’s take, for example, Geert Wilders whose party finished second in the last election in the Netherlands. 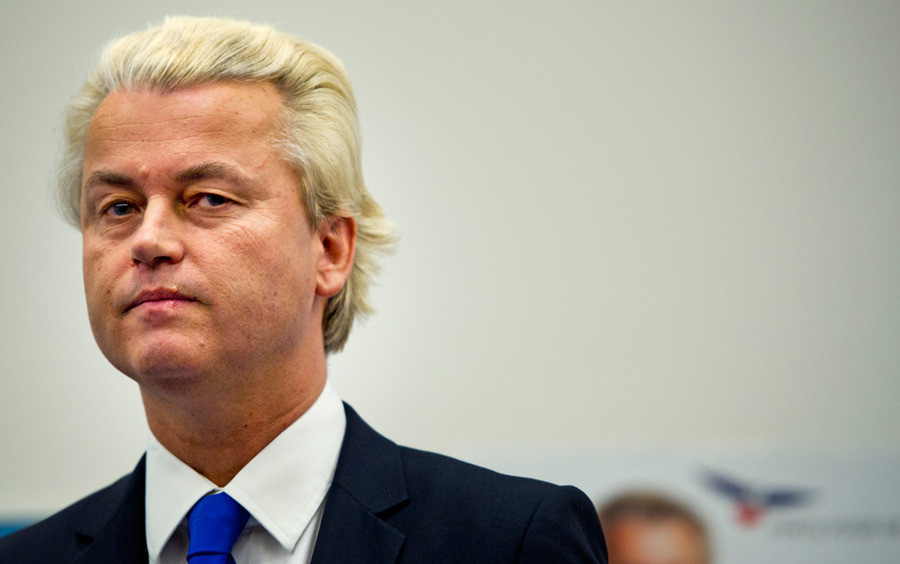 He’s famous for his strong anti-Islamic statements. He also supports Israel in its struggle with the neighbors. Wilders is married to a Hungarian. 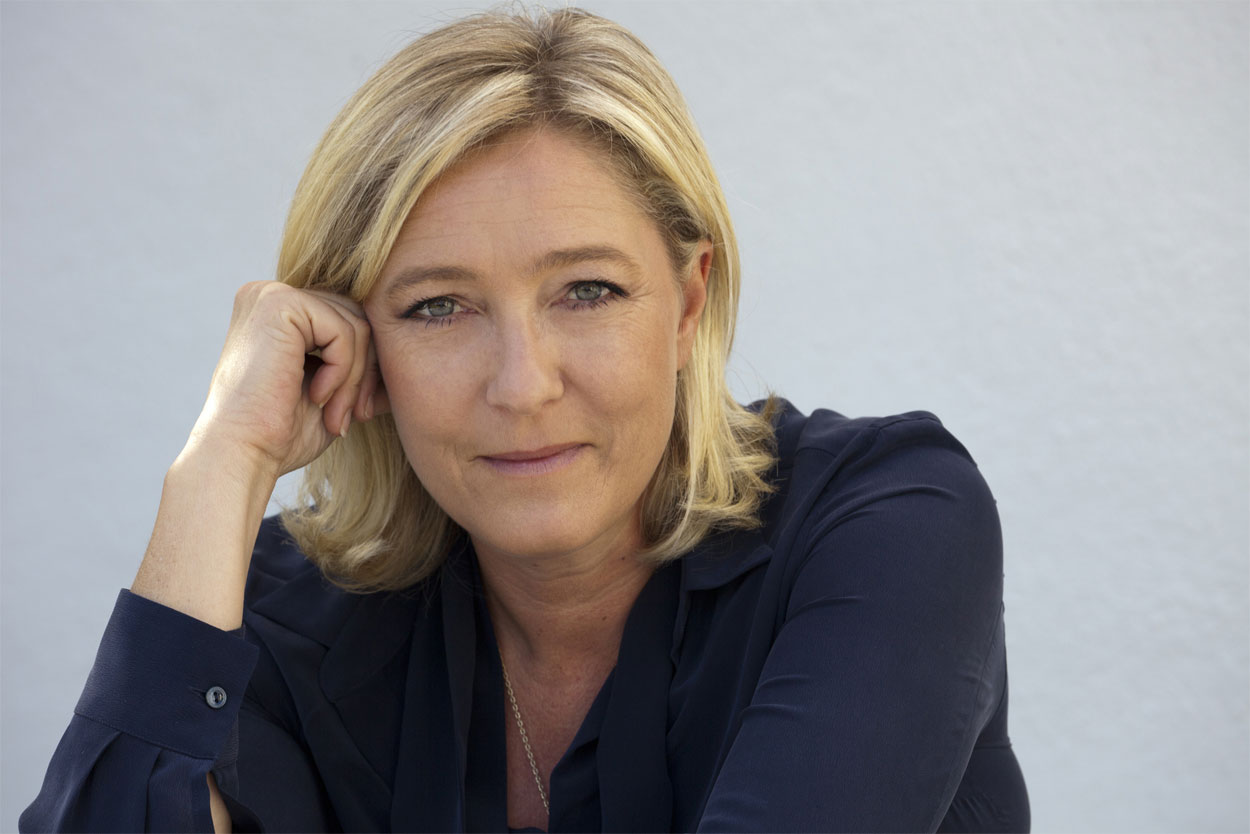 Sounds serious but if we take a deeper look we’ll see that in 2012 19 % of all immigrants were from Morocco, Algeria, Tunisia, and Turkey. This is the largest group of immigrants to France if we drop domestic immigration between EU states. That means that by limiting immigration Le Pen hits hardest on Muslim countries as well as the African continent since 30 % out of all immigrants in 2012 were from Africa.

Another important thing — there’s some kind of a law in the majority of European states that either regulates full-face veils or bans them altogether. Again Islam, not immigration.

If we go to Central and Eastern Europe we’ll then see that leading politicians of e. g. Poland or Hungary, when confronted with the issue of immigration, constantly speak about preserving the ‘Christian values’ of their nations. 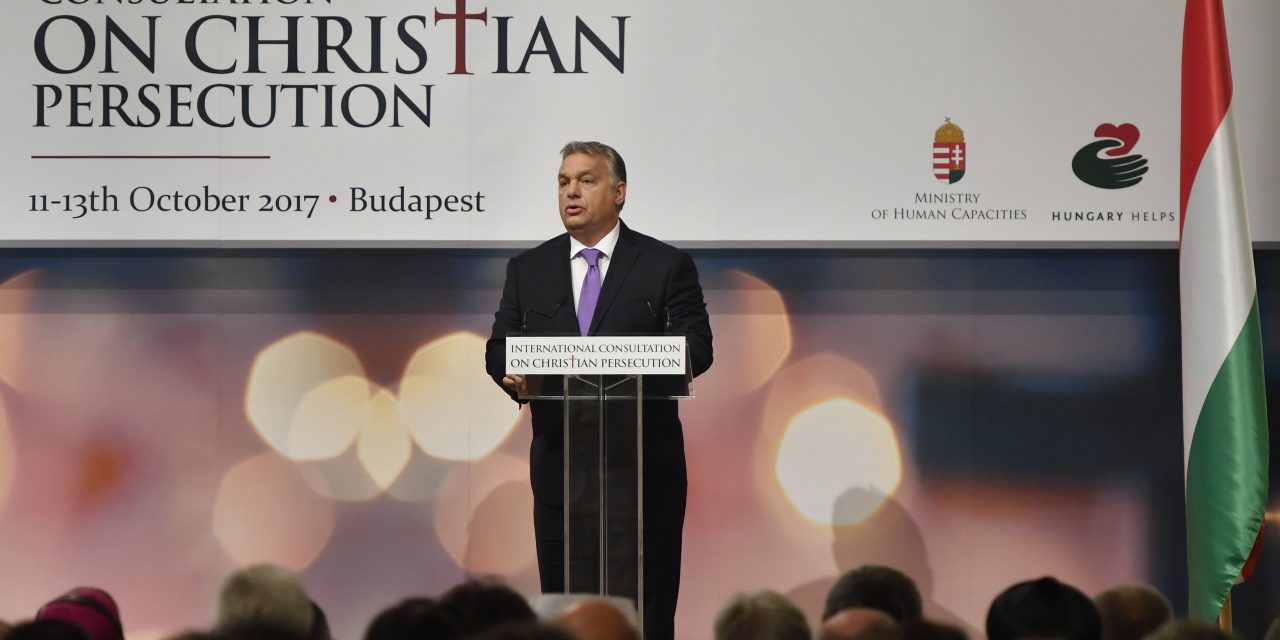 While I don’t agree that immigrants are dangerous for the culture and locals in general, but that’s me. And that opinion is not as popular as some wished it’d be. However, we need to respect democracy. If Europeans don’t want to accept immigrants from Muslim countries under some far-fetched reasons, then so be it.

If we take a look at the stats we’ll see that Muslims are the largest minority in Western Europeans countries. In the Netherlands, after nonreligious and Christians around 5 % are Muslims. Turks and Moroccans account for 4.7 % of the population in 2018. They are the largest ethnic group after the Dutch (77 %). A similar situation is present in France, where Algerians, Moroccans, and Tunisians are second after the French.

Five percent of the population is not that much but not always do the newcomers spread equally throughout the country. Just like everyone else, they need jobs and that’s how they end up in a couple of large cities. As a result, the high proportion of immigrants in some parts of the city does create an impression of ‘Islamization’.

We can try to put some sense into Europeans and tell that Muslims are not a threat to Europe, support that statement with statistics, but sometimes it’s just not possible to win the public opinion on a topic. Sometimes it’s only possible to try to direct it into a less destructive path.

Europeans started voting for the nationalist parties and only recently a neo-Nazi march took place in Germany. One of the topics that politicians speculate on is immigration to Europe, especially from Muslim countries in Africa and Asia.

In order to beat the nationalists and populists, it’s better to stop simplifying the situation and admit that Europe has a problem with Islam and Muslims. One cannot get treatment for an illness called ‘illness’, as ‘immigration’ is a very broad topic.

If we know that Europeans don’t trust Muslims, consider them as terrorists and think that they don’t want to assimilate in that case that specific problem should be solved. In other words: it’s the problem of an inadequate perception of the situation by the Europeans (‘Islamization of Europe’, ‘they’re all terrorists’ and so on) and not a problem of migration per se.

Next, if Europeans don’t want to see Muslims in their countries then immigration from these countries shouldn’t be encouraged. Some will see that as racism, but current migration policies of European states have plenty of examples of such kind. Some of them:

Immigration is always hard but legal immigration for some reason is especially hard. Who is, for example, free from the requirement to give up their nationality when applying for a German passport? In addition to the citizens of EU, refugees are exempt from giving up their existing nationality. This is also practiced in other European countries.

A good illustration of this is the fact that the majority of immigrants from Muslim countries cannot give up their citizenship as it’s either not allowed by the law or is an extremely complex procedure.

That means that citizens of countries like Afghanistan, Syria, Lebanon, Eritrea, Iran, Nigeria, Morocco, Algeria and Tunisia can legally retain their nationality while applying for Austrian citizenship. The rest should give up their birth nationality and waste time and money as Austria doesn’t allow dual citizenship.

It turns out that laws such as the prohibition of dual citizenship are more advantageous to people from poor countries. Why would a French person or a Canadian be eager to give up his passport and become an Austrian citizen? At the same time, an Eritrean has a much higher motivation to do so, especially considering the fact that he doesn’t have to give up anything.

If Europeans don’t want Muslims there’s a solution. Europe has a large source of Christian civilization nearby. It’s Belarus, Russia, and Ukraine. All of the countries have economic difficulties, but are, in general, peaceful people with a similar culture and language(s).

At this moment they have to comply with the same rules as immigrants from Africa and Asia, even though these three countries have a border with the EU. And this is while European countries already have immigration laws that distinguish regions with similar mentality or culture.

Europeans need an inflow of people as its population doesn’t want to have large families for economic reasons. At the same time, Europeans don’t want Muslims. All of the latest political shocks clearly show this.

I think it would be wise to listen to the population and create different requirements for immigrants from different regions. It might not be politically correct, it might be racist, but I don’t understand why immigration laws should be stricter for everyone while Europeans have a problem with a specific group of immigrants.

I also don’t understand why a Belarusian in Germany has to comply with the same immigration rules as an African. Or even have no possibility to immigrate as ‘Muslims’ suddenly became a synonym for ‘immigration’ and the whole European society is against any type of immigration.

Europeans don’t want Muslims and Islam. Time and reforms are required to smooth this cultural conflict in Western Europe. The democratic choice of people should be respected and heard — the rise of the far-right parties and politicians clearly demonstrates it.

To calm the Europeans and pacify the nationalists it is necessary to reduce the immigration flow from Muslim countries. That can be accomplished. The migration losses can be compensated from neighboring countries, which are similar to Europeans in culture, values, and assimilate perfectly.