Outside the Russian-speaking world, it might seem that Vladimir Putin, current President of Russia, has the full support of the whole nation. Well, if you believed in that I’ll have to disappoint you. I’d like to present nicknames of Putin that Russians use in everyday life. 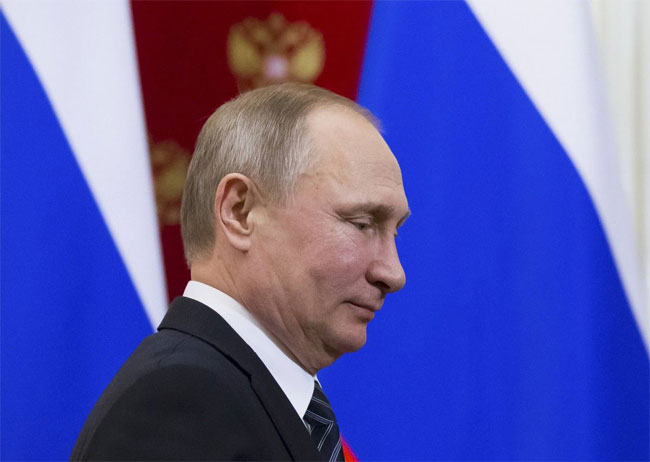 There’re quite a lot of nicknames of Putin on the internet, but I’ve chosen only those that are either famous enough or are used somewhat regularly. I’ve put them in six categories, depending on the roots of the nickname.

We shall start with two famous nicknames of Putin that are from the times when Putin was a KGB officer. These nicknames were given to Putin by his colleagues: mol (моль) and okurok (окурок). The first means a clothing moth, the second is a cigarette butt. No idea what was the reason for these nicknames, probably for the appearance, but it’s just a guess.

Next up we have krab (краб) which means a crab. Possible variation krabe (крабе). Putin got this harmless nickname when some news outlet quoted Putin with a typo. It should’ve been ‘kak rab na galerakh’ or ‘as a galley slave’ but was ‘ka krab na galerakh’ or ‘a galley crab’.

Another harmless nickname is medvedoput (медведопут) or medveput (медвепут). It’s a combination of surnames or Medvedev and Putin. Became popular when Medvedev came out of nowhere and became President after Putin’s second term. It is usually used to highlight that there’s no difference between the politics of the two Presidents and they are actually interchangeable or basically the same thing.

A relatively old nickname in internet terms is Pynya (Пыня). The word means nothing and only has a relative similarity with Putin’s surname. Though it has a rich background history. It was used by Russian trolls along with images and videos.

Trolls wanted Pynya to become a nickname to the members of the opposition. But, unfortunately, trolls tried so hard that the internet community started its own trend — ‘Pynya is Putin’. That did catch up relatively fast and from time to time you can see people using Pynya online.

Several years ago Putin got divorced and there were rumors about him dating a famous Russian athlete Alina Kabaeva. The story didn’t end up with anything: the divorce got forgotten and rumors about Kabaeva stopped. Russians, however, started calling Putin Kabaev (Кабаев) after the Alina Kabava’s surname. Another variation is ‘the old man Kabaev’ (старик Кабаев). There’re various reasons for mocking. Russia is being positioned as a guardian of the ‘traditional values’ but Putin divorces his wife in the year that was announced as a ‘year of the family’. 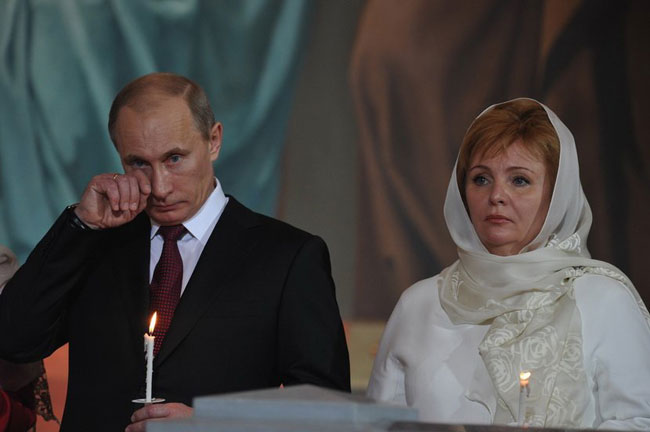 The speed with which Putin divorced also raised questions — relatively fast and quiet. Not to forget that Kabaeva is much younger than Putin and that also felt like Putin was trying to be younger than he is. 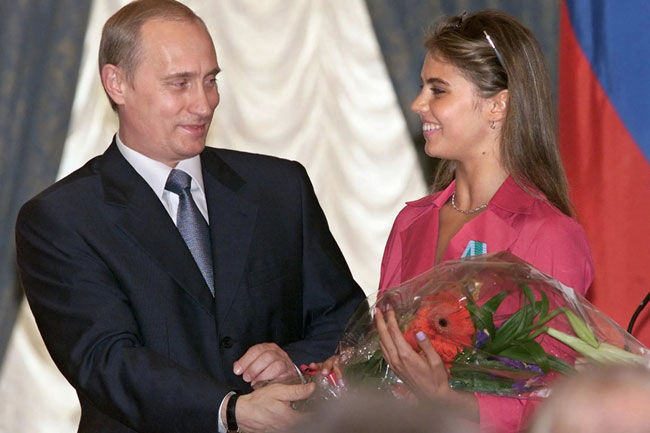 Some are neutral like Mister Pu (Мистер Пу). Usually used when one doesn’t feel like mentioning Putin directly but rather giving a subtle hint. 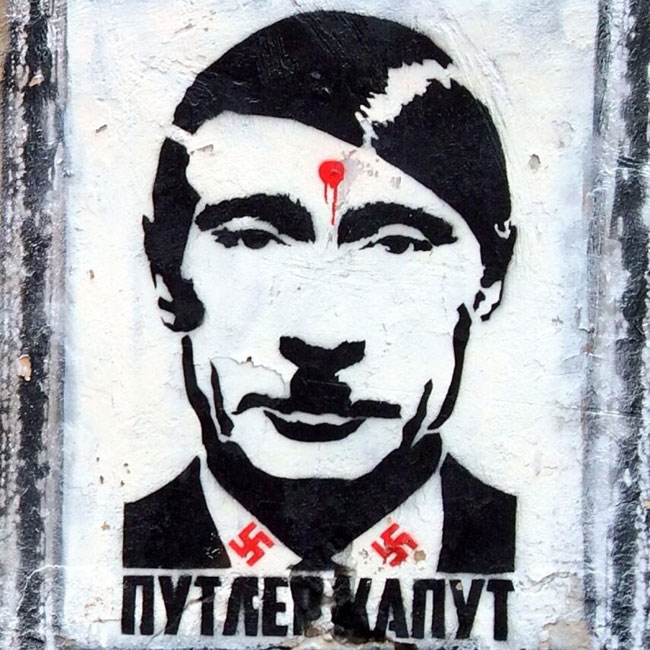 Too many nicknames make fun of Putin’s appearance. A very popular one a couple of years ago is botoks (ботокс) or botoksnyj (ботоксный) which mean botox and ‘made out of botox’. This pair has its roots in Putin’s unnaturally young-looking face. Putin was so long in power, that after all cosmetic procedures he had undergone, he is now looking very different from his younger ‘version’. 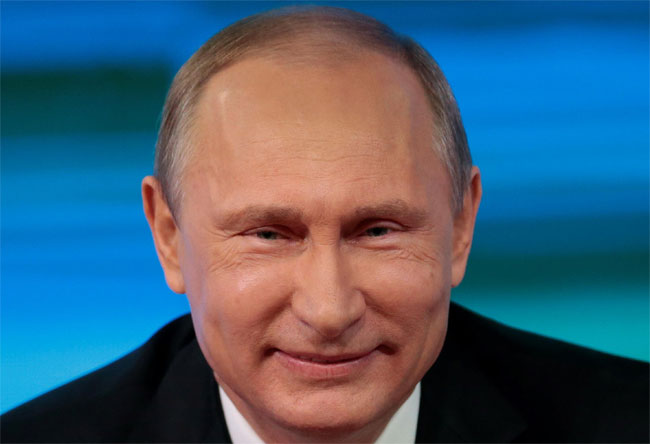 That all led to jokes and conspiracy theories about Putin’s doubles. One of the ‘double’ was called udmurt (удмурт) as the internet considered Putin looked like the Udmurts that live in Russia. The main thing about this nickname is that Putin is so long in power than he doesn’t look like his younger self. 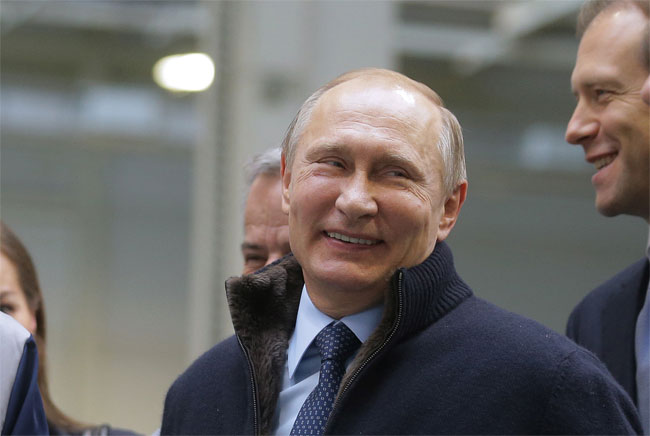 Obviously, gnom (гном) or gnome is popular due to Putin’s shortness. Russians also use gnomy (гномы) or gnomes implying both Putin and Medvedev. The latter is even shorter than Putin.

The last nickname in this category is pleshivyj (плешивый) or ‘the-guy-who-has-baldness’. Again, suggesting Putin’s age.

Up till this moment, all of the nicknames could be considered neutral, mocking or offensive. The last nickname that I’ll consider is extremely offensive and was created by Ukrainian football fans. It is khuylo (хуйло). It’s derived from dick (хуй) and I don’t remember hearing khuylo before it became a nickname for Putin. This nickname got so popular that it got its own Wikipedia page.

It’s more commonly used by Ukrainians but also by some Russians as well. There’s no definitive translation into English since it doesn’t have any fixed meaning in Russian aside from being an offensive nickname of Putin. In addition to Wikipedia’s ‘dickwad’, ‘dickhead’ and ‘prick’ I’d add ‘fucking asshole’ or ‘fucking douchebag’.

Alright, that was it. I don’t know how creative other nations are in calling their leaders, but at least now you know how Russians call Putin. Doesn’t seem like a leader that has the full support of the nation. More like a person who seized power and doesn’t feel like giving it up. Anyway, I hope you had fun and feel free to leave a comment whether it’s the same in your country or not.