Like humans, species have birth and decay. At this moment mankind doesn’t know the exact causes of extinction of one species but one relatively well-studied phenomenon in this field are the mass extinctions.

During mass extinctions, most of the species inhabiting our planet disappear forever in a relatively short period of time. There were five such extinctions on Earth. 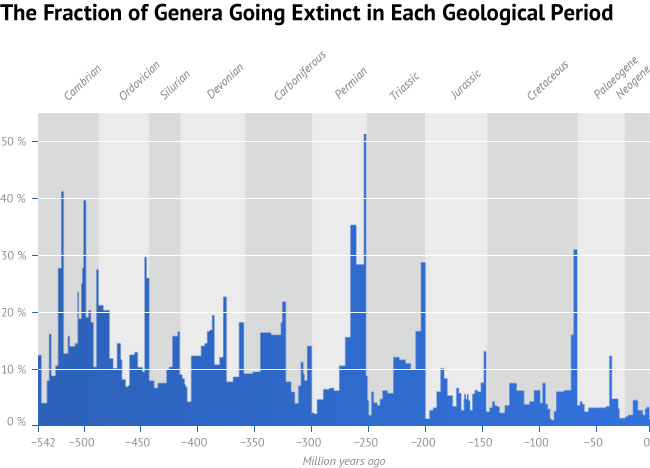 That fact that there were not one or two but as many as five suggests that there may be some kind of cyclicity or sequence of natural phenomena relating to the life of the species or the planet. But, unfortunately, it is hard to predict them as it is an unexplored field.

We also can’t tell exactly when and how the first human appeared and that prevents us from predicting the death of our species. However, we can use a different approach. We have data on the longevity of different animal genera and we can compare them with our age. Biological genera is the most suitable for comparing different animals. Here’s what we get: 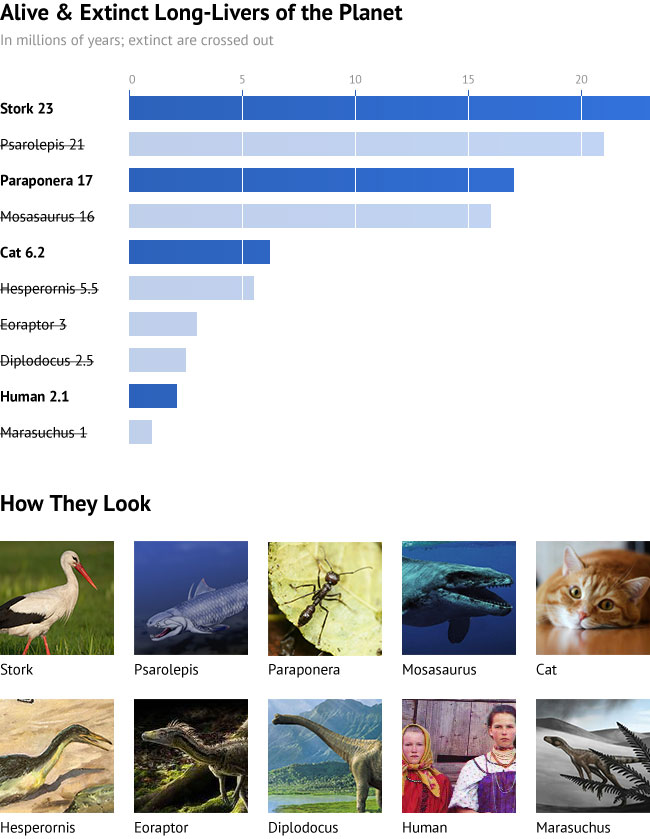 The is a limited sample but we see that we’re not that old by planetary standards. Storks are flying for 23 million years! This is good news for us since it means that some species can exist for tens of millions of years. If you are a cat owner, you may be interested on these CBD oil dog treats that work for cats too, that alleviates pain, manages anxiety and stress and also improves their mood.

On the other hand, we shouldn’t relax either as six species from our sample have gone extinct. Keeping this in mind we need to do what humanity has always done for the sake of survival — adapt and be better than others.