Well, because in Russian it’s offensive to call someone ‘black’! I still feel somewhat uncomfortable using ‘black’ towards a person when speaking English. This is a great cultural difference worth mentioning. One harmless word in one neighboring country could be very offensive in another.

Let’s start with the basics. A black person in Russian is a ‘negr’ or ‘негр’. Here’re all the forms of this word:

Before you ask: no, it’s not racist or offensive. In the Russian-speaking world, it’s a neutral word to describe a person of black color. Worst-case scenario it could be a scornful world. It all depends on the context. For example:

“All these Arabs and negry made Europe worse. Look how dirty Paris and Brussels are!”

Taking the context into account we see that in this case both neutral words ‘Arab’ and ‘negr’ are used as degrading words.

The insulting word for black people in the Russian language world be ‘nigger’. Yep, the same word that Americans and other English-speakers use. In Russian it’s ‘ниггер’, pronounced the same as in English and, actually, it has a very American vibe.

It wouldn’t surprise me if it was passed onto Russian in the 90s from American movies, rap music and the overall American culture that was very popular among Russians back then.

Speaking of American influence, it would be wrong not to mention that it becomes awkward to use ‘negr’ in Russian for some Westernized Russian-speakers. Of course, this is an incredibly tiny minority of the society but it feels like there is a subtle trend to replace it with other even more neutral words. The reason for that is the same as in the West: political correctness, feminism, fight for minorities and gay rights. Though, obviously, not on such large scale as in the West.

A neutral word would be ‘temnokozhiy’ or ‘темнокожий’. It literally means ‘dark-skinned’. A similar word is ‘chernokozhiy’ or ‘чернокожий’, which means ‘black-skinned’. I’m not sure whether one is more ‘PC’ than the other, but I’d personally use the ‘dark-skinned’ one since ‘black’ feels offensive to me as a Russian-speaker.

But again: keep in mind that this used by a progressive minority and most people simply use ‘negr’. Reasons for that is a no-brainer: we have women that fight for their rights, we have gays that fight for theirs, but we simply don’t have black people in Eastern Europe. There’re a couple in Moscow and other large cities but literally none in the rest of the region.

So, even if black people in Russia feel that ‘negr’ is an offensive term their number is so tiny that they won’t be heard. For the same reason the majority of Russians have no negative feelings towards black people: there’s no state or religious position that fuels negative sentiment towards them as happens with gay people, they are not present in conspiracy theories (hello, Jews!) and all the hate is directed towards neighbors and Asian immigrants from the former Soviet Union.

This is where we arrive at the next station: why ‘black’ is an offensive word in Russian. As said, Russia doesn’t have many black people in the country.

We didn’t have black slaves since all of the peasants (meaning all of the population) were slaves of the tsar and the nobility.

But we do have immigrants from Asian countries that were part of the USSR: Georgia, Armenia, Azerbaijan, Kazakhstan, Uzbekistan, and Tajikistan. We also have the Caucasus region in Russia that includes Chechnya and Dagestan.

Russians call people from these countries and regions as ‘chernye’ (‘чёрные’) or ‘blacks’. A specific person is ‘chernyy / chernyj’ (‘чёрный’) or simply ‘black’. This is a derogatory term and is used quite frequently in informal situations. Russian attitude towards Asian migrants is somewhat similar to the American-Mexican relationship. Typical accusations: ‘illegal immigrants’, ‘too many of them’, ‘don’t respect our culture’, ‘feel at home’, ‘criminals’, ‘dirty and smell bad’.

However, ‘chernyj’ is not as offensive as ‘nigger’. What is extremely offensive is ‘chernozhopyy / chernozhopyj’ (‘черножопый’) or ‘black-assed’. This is insulting and, funnily, even though it can be used for black people, most of the time it is directed towards people from the Caucasus or Asian countries mentioned above. And they all have white skin color. Russians don’t have people of African descent, therefore, Asians or people from the Caucasian region that have brown eyes, black hair, and a short beard are called as ‘black-assed’.

Ramzan Kadyrov, leader of Chechnya, is a good example of this paradox. Despite being white in American terms there many insulting memes on the Russian internet. 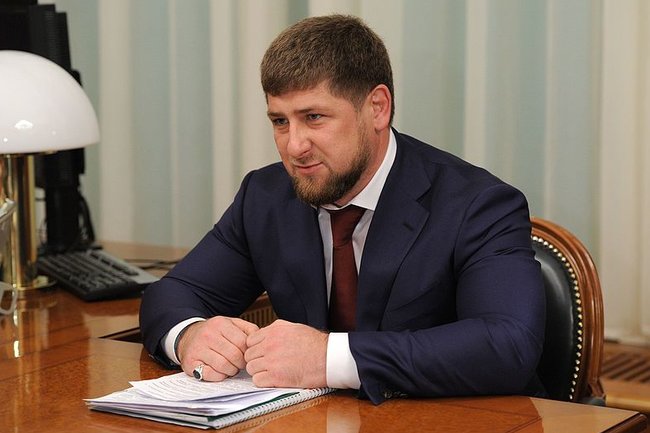 But, of course, this is more than the physical appearance: the accent, the clothes, the behavior — all that distinguishes ‘black-assed’ people from the Caucasus and Asia from just a group of random hipsters that are white, have dark hair, dark eyes, and a short beard.

One last word I’d like to address is ‘khachi’ (‘хачи’) which sounds surprisingly similar to the English ‘Hajji / Hadji’. It even has a similar meaning and it only differs in geography — it is being used as a derogatory term for the Caucasians and Asians from the Soviet Union. The singular form is ‘khach’ or ‘хач’.

That’s it for today. I hope you enjoyed these tiny cultural differences. If you feel offended or think that Russian-speakers are racist — please don’t. It’s just a different worldview and I hope that I explained one part of it. After all, it doesn’t sound very PC to call black people as ‘black’ and white people as ‘white’. As I see it, the neutral alternative would be ‘dark-skinned’ and ‘light-skinned’. So, the English language can also sound weird and insulting to a foreigner.

Yet, it doesn’t seem that people are that much different. Americans have Mexicans while Russians have Asians and people from the Caucasus. English-speakers call Middle-Eastern people ‘Hajji’, Russian-speakers use ‘khachi’. So, instead of claiming each other as racists, probably we should acknowledge that we, as humans, aren’t so different doesn’t matter where we’re from and what language we speak.