Haven’t you ever been annoyed by the actions of some (or even all) characters in some movies? I’m pretty sure that happened at least once. Horror movies in which heroes run into the maniac’s hands, action movies, where the protagonist robs or kills someone, but makes so many silly mistakes that it just amazes.

The main character, for example, needs to rob a small store to get some money. Let’s think for a bit what would be the best strategy to execute it.

First, you need to dress into something inconspicuous — go to the local market and get some cheap and unremarkable clothes. Obviously, you’ll pay in cash and it’s better to purchase the equipment in parts at different places and at different time — so that we and our purchase (a simple tank top or a jacket) could get lost among the rest of other people and purchases.

We’ll also need to find a suitable shop for the robbery. We’ll need to analyze the flows of people and customers in the street and in the shop respectively; know the working hours, who works there as well as their age and the number of employees. Memorize each CCTV position that is indoors and outdoors. Perhaps, some stores will be just too risky to rob while some will be an easy target.

We should also think about the type of robbery and the weapon that we’ll use. Will it be a group robbery or we’ll be alone? If in a group, then who are your partners? Will they pass out in the store from stress?

What weapon will be used? Knife, gun, bat or fists? Let’s assume that we decided to go alone, but we don’t have a lot of money. We saw that the cashier is a young girl, so we decided not to buy a real gun on the black market and simply bought a toy that looked like a real gun. The salesperson will be scared anyway and even if we get caught a real gun will probably be an aggravating circumstance.

Though, we can do it more elegantly: partner with a girl and send her to the store as a customer. Ten minutes later we break in with a knife and “take” her as a “hostage”. In this situation the “artistry” of the lady will help — tears, prayers and sincere fear should influence the cashier to give the cash quickly and without any hassle.

But I probably went into too many details. What was the reason for this short story? Because it is likely that in this century we’ll face virtual reality that will be practically indistinguishable from the real world and after putting on glasses (or connecting in any other way) we’ll dive into a world identical to ours, only it will be virtual, which means that everyone will be a king or a queen in it.

Of course, at first, everybody will explore the planet, travel to different countries, swim with the whales, jump with a parachute, climb the Everest and do other “trivial” things (compared with what I’ll present now). Over time we’ll move from the Minesweeper and Pac-Man to the more realistic and sophisticated GTA and Manhunt. 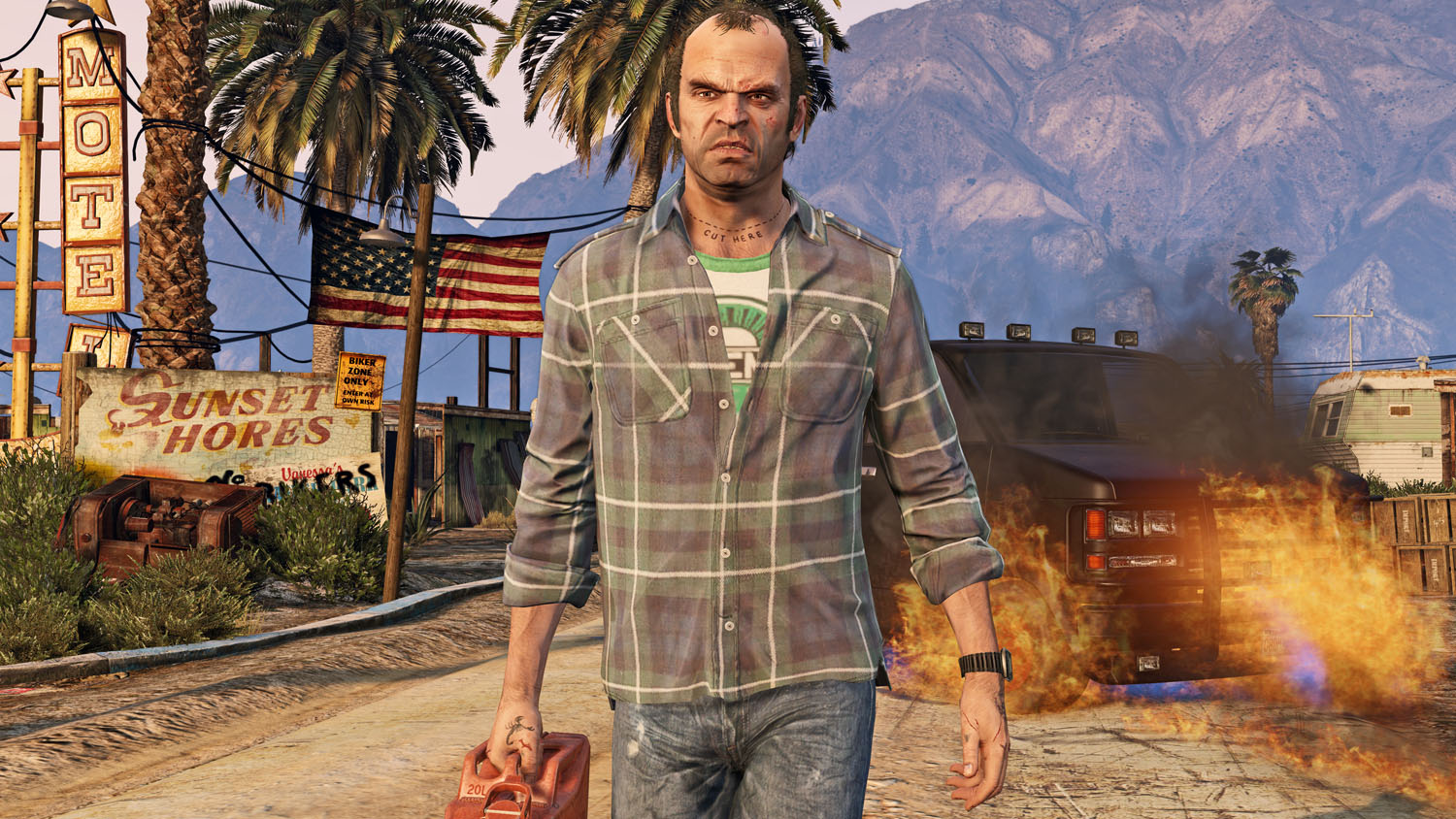 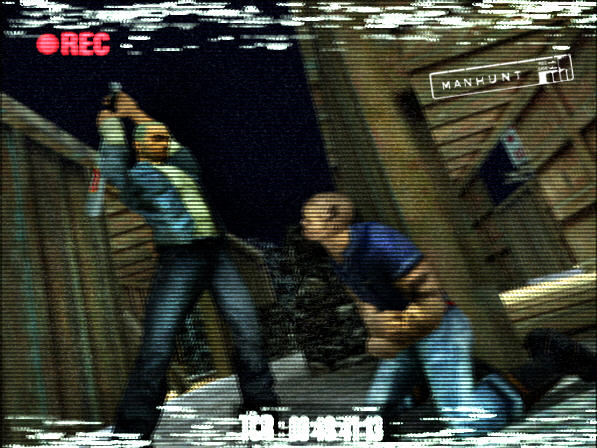 Not everyone, of course (receptionists still play Solitaire), but am sure that a very large number of people that will use the virtual reality will experiment. Oh, and these experiments are absolutely indescribable!

Some will live the life of another: plan robberies (like we did in the beginning) and be a professional criminal, some, on the contrary, won’t plan anything and will go straight ahead just like in GTA. Someone will play as a maniac and his task will be to get rid of the body quickly and professionally (Dexter). 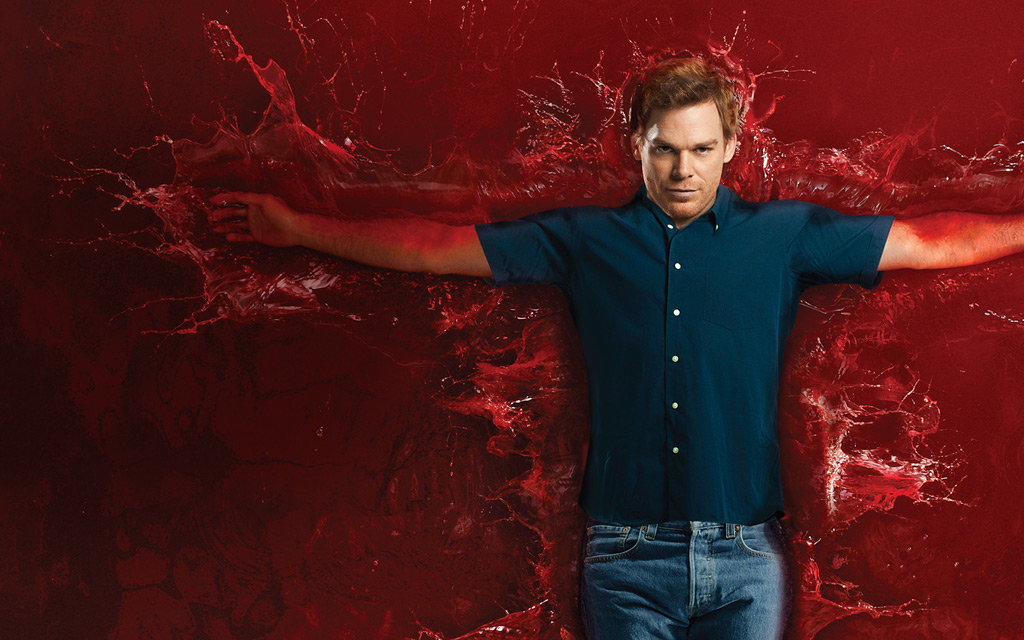 Someone will become a rapist, a cop, an OMON officer (attacking peaceful demonstrators), an addict, a pimp or even a prostitute. In virtual reality curiosity and the desire to try everything will prevail. Of course, this will not be the case for everyone, but definitely for some people.

I bring up such horrible topics because we need to get ready for this. What will you, for example, say about a pedophile who abuses children in the virtual reality? In his world, there’s a whole harem of hundreds of children. Or, let’s not limit ourselves — only naked children are walking on the streets, after all, it’s his fantasy. Will you be against it? Or let him satisfy his desires in any way he wants it if only real children aren’t affected by it?

Let the murders slaughter thousands of people, but in virtuality rather than in reality. Do you agree? No? Yes? We need to think about it now because virtual reality will definitely change our lives.

Actually, everything that I listed is boring. OK, someone has played as a gangster or a pedophile (yes, I’m sure someone from the completely “normal” people will want to try to be a pedophile, a rapist, a necrophile and not only), but it’s boring and as trivial as going to the Everest. You can have a much more interesting life.

In the virtual reality, you can be anyone and anything. Just think! You can be a grass, a car, a plane. You can even have sex with your wife only this time you’ll change the roles — have sex with yourself being your wife. Disgusting? Nasty? I agree. But the idea itself is interesting — to understand the opposite sex, to look at yourself from the side and so on. One can also become a homosexual, transsexual — anyone.

Who wants to be Magneto, Spider-Man, Wolverine? Or maybe Mister Fantastic, who can change his body any way he wants? And all of them at once? 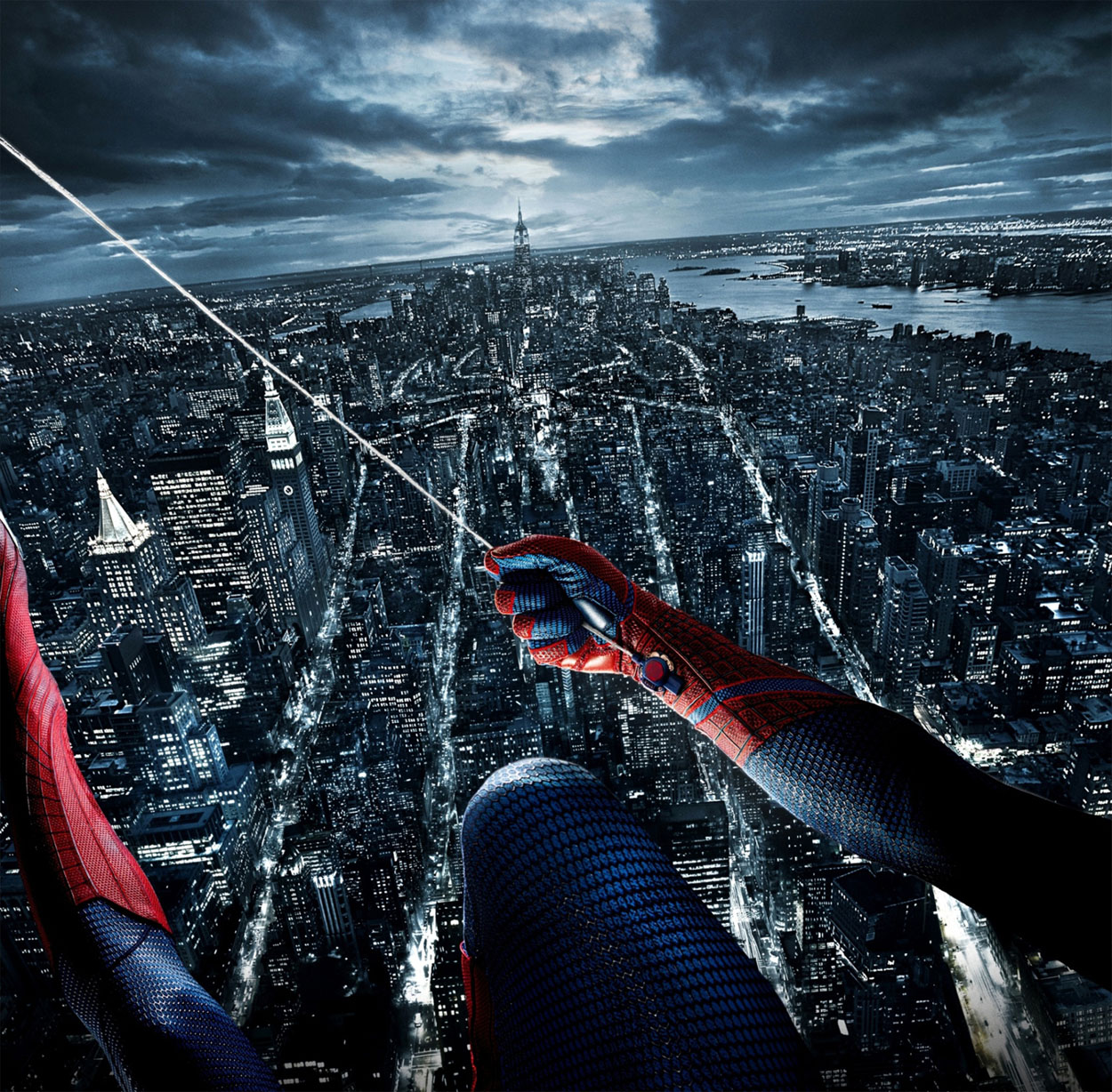 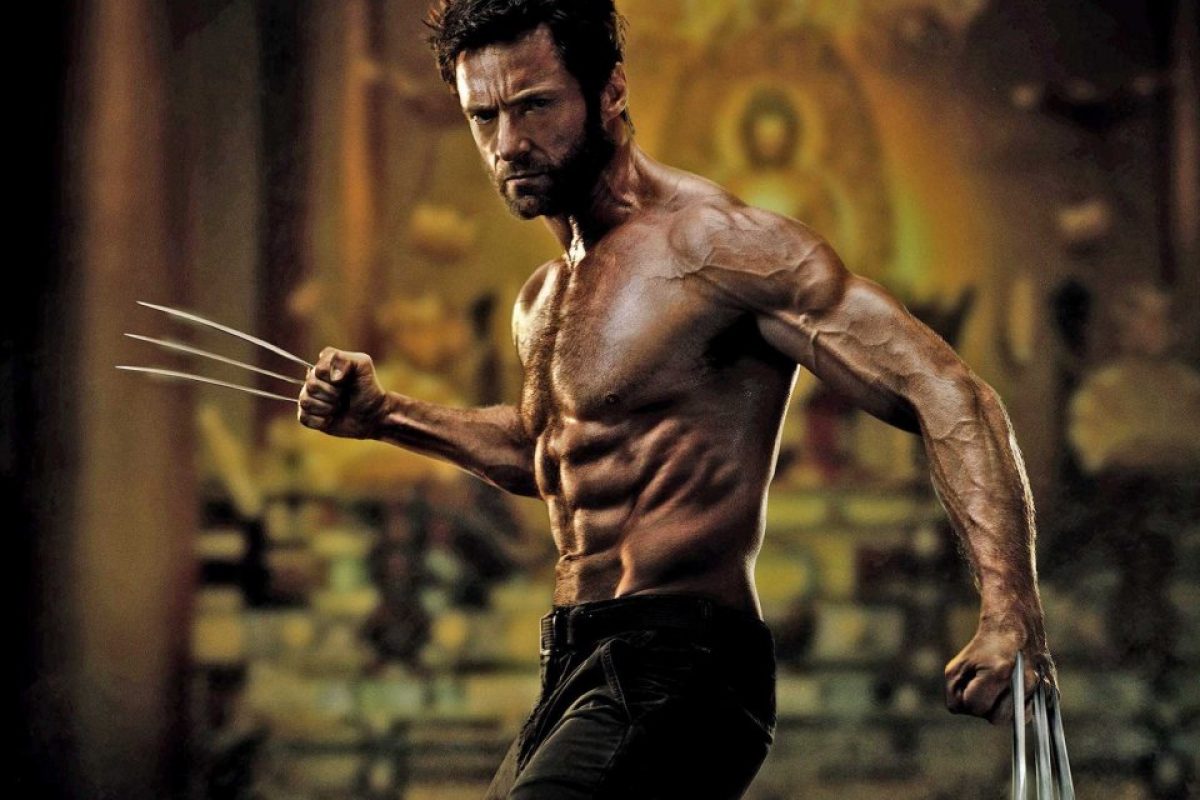 OK, let’s go back to more simple things. Let’s say you are an office clerk and you aren’t interested in all of the above. Alright, but you’ll surely be interested in the reaction of your boss when you’ll tell him “no” or will send him to hell. Or you might be interested in going outside naked or stealing a bunch of bananas from the store to get an adrenaline rush. Or will burp loudly or fart in public or, tired of the humiliation at the airport security checks will shout “Allahu Akbar”.

But virtual reality is not only chaos, destruction, and humiliation — it is also a place for exploration (the abovementioned levitation) as well as creation. You will finally be able to approach that girl or guy on the street and have a chat in the test-drive mode and then with the newfound confidence do the same thing in real life. You can remove all architectural garbage from your city and live in the city of your dreams. You can, finally, become the president of your own country (continent, Earth, galaxy) and live in your communist, social democratic, libertarian or anarchist utopia.

What hinders us from living indefinitely? To connect to the virtual reality and to slow down the time. One second of the real life will be equal to a day, week, month, year, century or a millennium in the virtual. And what if we connect scientists and give them hundreds of years for drug development and the creation of different inventions? But then they’ll wake up in a second and will come back like from the future…

Virtual reality, of course, scares a little. It’s not the internet which is a substitute of books and mail. Yes, it’s convenient but not as revolutionary. In virtual reality (maybe not tomorrow, but over time it certainly will happen) we will be able to do almost anything. Our limit will be our imagination, and even if we don’t have much of it, there always will be a couple of billion people among which there certainly will be a more spoiled and creative person who will give us some fresh ideas.

I remember how the public was raising demagogy about games like the GTA or Manhunt. What will happen with what I described? I have no answer, but I would like to highlight a couple of points. 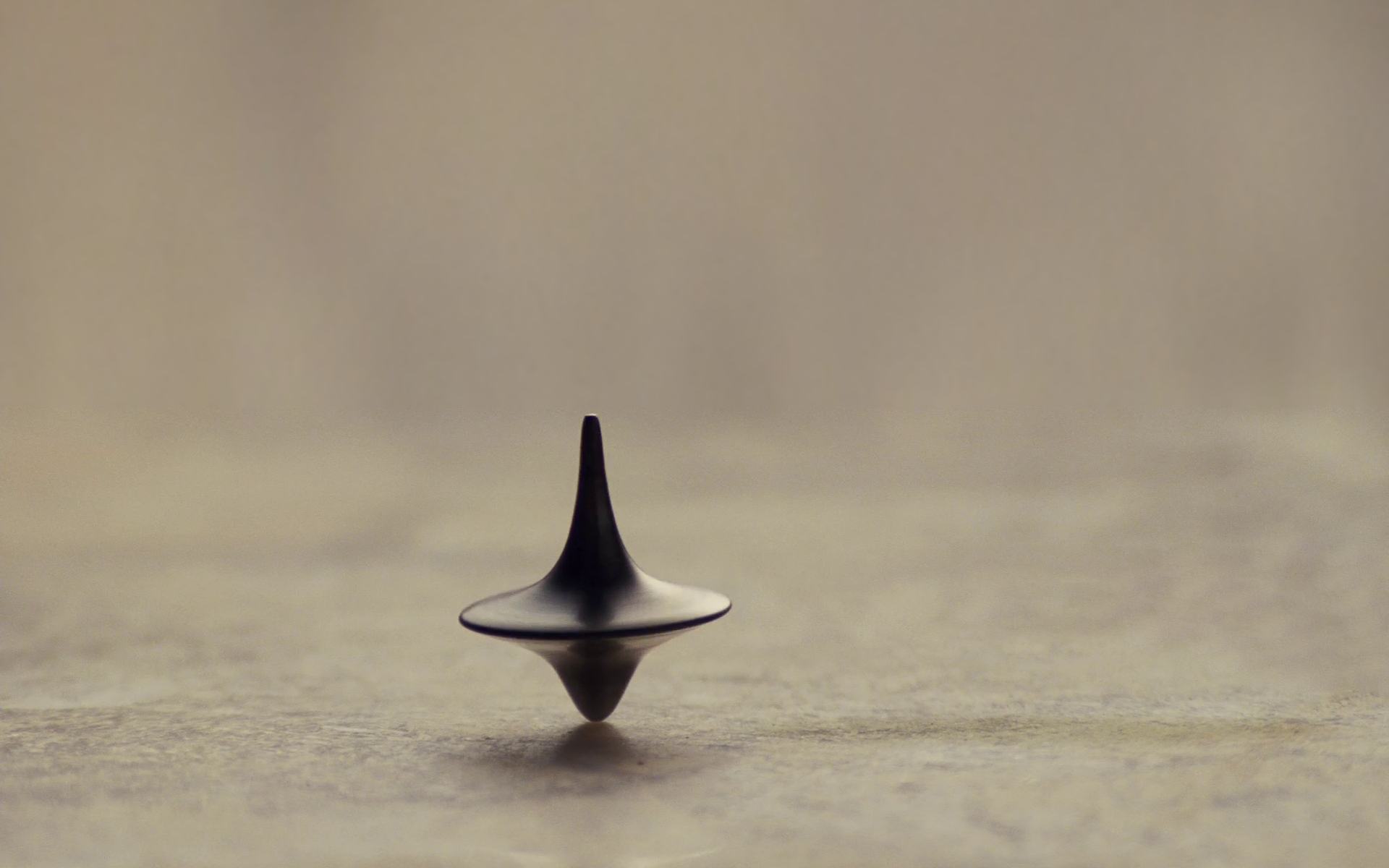 However, all of the above is a general manipulation on what is not created and it is unknown when it will be, but I think that we need to start preparing for it now. What is the value of our life and its purpose? If a person is happy in the virtual life, does he have the right to remain in it forever? Should we allow people to realize their fantasies in the virtual reality so that they don’t hurt people in real life? Can we realize our fantasies just out of curiosity? “What will happen if I stick a screwdriver in a stranger’s eye?”

Virtual reality is something truly vast and it is likely that it is something that mankind has never encountered so far, along with the artificial intelligence and human-like robots. Even though these innovations of the future and their effect on our society is difficult to grasp, but I think it’s better to at least morally and intellectually try to prepare for them than in the last moment start chaotically prohibiting, allowing, criminalizing or legalizing some technology that is frightening the public.