Almost from the beginning of the nineteenth century to the present day it is common to call the world “unipolar”, “tripolar” or “multipolar”. Such vocabulary is used in the international relations theory — it describes the power balance in the world politics and is the result of various complexly organized hierarchical systems — countries and civilizations. On the one hand the technical progress can be considered as the cause of a structured state and, on the other — population growth, biological and social nature of humans and the existence of people’s desire for communication.

Gradually has come the time which is not alien to such processes like: growing importance of the state, formation of complex international relations and the assertion of many doctrines and documents, when politics gets its modern guise and the boundary between the “recognized” and “unrecognized”, the “official” and “unofficial” becomes increasingly clear.

It is believed that in a unipolar world the main political, economic, cultural and social vectors are defined by one of the most influential states of the world. Thus, one civilization leads on the highest level, leaving others far behind, but at the same time exerting some influence on the rest of the world.

Modern continents exist for a couple of tens of millions of years and their total area is 510 million square kilometers. Despite the fact that mankind as a species is very young (at least in comparison with the Earth, supercontinents or dinosaurs) in different periods certain empires dominated on Earth, which, as a rule, occupied most of the territory.

We will now take a look at the major empires of the world which were characterized by unipolarity, i.e. the existence and dominance of which practically was not put into question by other empires or states.

At the time of its peak under the reign of the Achaemenid dynasty, the Persian Empire reached the size of 8.5 million square kilometers, slightly less than the present territory of Brazil. The country fully covered the territory of the following states: Afghanistan, Armenia, Georgia, Israel, Iraq, Iran, Cyprus, Lebanon, Palestine, Syria, Turkey, reached Ukraine in the north, Pakistain in the east, Saudi Arabia in the south and Libya in the west. 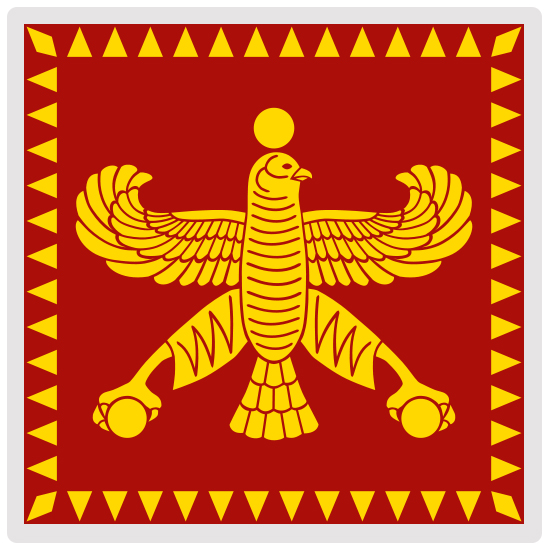 Flag of the Archaemenid Empire

The Achaemenid Empire at its greatest territorial extent under the rule of Cyrus the Great, 550–330 BC

The Empire was divided into twenty satrapes (territories) each of whom annually paid tribute. In the 331 BC the Persian Empire ceased to exist as a result of the crucial battle at Gaugamela, thanks to the army of Alexander the Great. Despite the enormous advantage in its size, the Persian army was defeated.

The next empire that has European roots became the first and only power which was able to take all the Mediterranean Sea. It is difficult to overestimate the advantage of this area in the social, economic, trade, political and even in the recreational aspect — from its birth humanity developed most within that territory, not to mention the constant wars in this region (or rather around it).

The area of the Roman Empire in the year 177 was approximately five million square kilometers, which is compatible to half of the USA or the combined territory of today’s Iran and India. The country covered the area of 55 modern Western European and Arab countries and literally encircled the Mediterranean Sea. 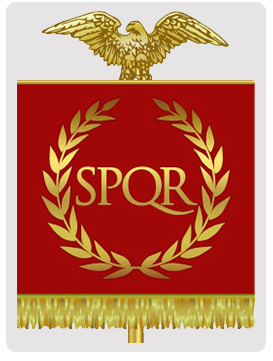 The Roman Empire at its greatest extent in 117 AD, Trajan rule

Despite the fact that the Roman Empire was smaller than the Persian, the situation is quite different with the population. The planet’s population from 0 to 200 years has reached a point in three hundred million people, including 56.8 million (about 18.93 %) inhabitants of the Roman Empire.

At first, the state was divided at different times in fifteen provinces, but after Diocletian reforms in the 284–305 years, the territory was divided into prefectures, which in turn were divided into dioceses. Over time, the Roman Empire was first reduced in the territories because of the raids of the barbarians, and was later divided into West and East which were not longer destined to reunite.

The Mongol Empire was the largest state that ever existed on the Earth. The famous military leader and rules known as Genghis Khan managed to unite scattered Mongolian tribes, expanding and capturing large areas. Perhaps one of the reasons for such successful and large-scale conquests was the ingenious tactics of the commander: the captured tribes were not exterminated and the surviving men were called to serve in the constantly increasing army.

The area of the Mongol Empire, according to various sources, by about 1279 reached 33 to 38 million square kilometers, which is comparable to the two territories of modern Russia. Of course, the different territories of the empire were in varying degrees of dependency on the empire itself, and it is impossible to allocate clear boundaries of such a state (this why one can find a lot of different numbers and conflicting data), however, it is typical for any empire that existed before the modern or even the contemporary history. In any case, this governmental formation has reached truly incredible sizes, even by today’s standards. The boundary was roughly on the territory of modern Belarus and Ukraine in the west, Iran and Pakistan in the south, China, North and South Korea in the east and on the Russian territories in the north. The empire did not have a certain flag.

At its peak the population of the Mongolian Empire was about 160 million people, accounting for about a third of the world’s population of that time. In spite of the cunning and talented strategy of territory acquisition, it was quite difficult to control such a large and culturally different population, not to mention the need for a multi-structured management system with a lot of people involved who need to be trusted. Thus, the division into several states in 1294 as a result of several battles and uprisings was quite predetermined. Although a state based on military and tribal hierarchy still surprises in its size.

In its zenith, after the colonial conquests of South and North Americas, the Spanish Empire reached an area of 20 million square kilometers, which is compatible to the combined territories of modern Russia and Kazakhstan. The main reason for such a huge seizure of territories was the technical superiority of the Europeans, as well as a clever use of local Indian conflicts. The Spanish Empire looked rather fragmented due to its overseas territories and mainly occupied the soil of modern Spain, the Philippines, the US territories in the Caribbean, Mexico, parts of the US and a large part of South America.

The Spanish Empire in its maximum size in 1790, reign of Charles IV

In 1790 the population of the hegemon was about sixty million people, what was only 6 % of the world population in the eighteenth century.

Its global history for the Spanish Empire ceased for several reasons, but the final separation of the American territories from the empire took place only during the independence war of the Spanish colonies in the 1809–1824 years.

After the cold war with the Soviet Union as well as from the moment of its collapse, the United States can also be regarded as an empire. Although it is common to call the modern world multipolar, the special importance of the state cannot be questioned. In many ways the US is the center of a unipolar world because of its largest army on Earth (1.301 million people as well as 811 thousand in reserve) which held about twenty large-scale operations since the fifties of the last century to the present day, and the number of countries that host the US forces is up to 150.

The economic development of the country is also one of the advantages of the US, which has the largest GDP in the world as well as the most widespread currency. Of course, in modern times the US advantage is disputed and may be challenged by other countries, but in spite of this it is possible to talk about the imperialist hegemony, at least in certain decades. Thus, the US is in its peak since the 1991, when the world ceased to be bipolar.

Currently, the country’s area is 9,519,431 square kilometers, not considering the dependent territories. The US is bordered by Canada in the north and Mexico in the south and has a maritime border with Russia. 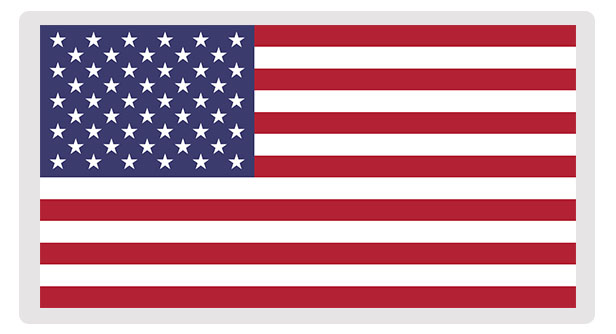 Modern borders of the US

It is also worth noting that with the technical progress and the development of the media imperialism takes different forms, not to mention the fact that a number of countries have imperial ambitions in the twenty-first century. The pros and cons of imperialism will be analyzed later, but it is important to remember that in the history of our planet there was no single state that managed to capture the entire planet (although there have been attempts), and the existence of various nations and countries only confirms the need for a plurality of political forces in the world.