During my school years in Moscow in the 2000s, people were talking about maniacs and Nazi skinheads. Of course, it wasn’t the number one news topic, but according to my personal impression, both the serial killers and skinheads were much more real and scary than the Islamic or any other kind of terrorists, even though there were plenty of terrorist attacks in Moscow in the past decade. 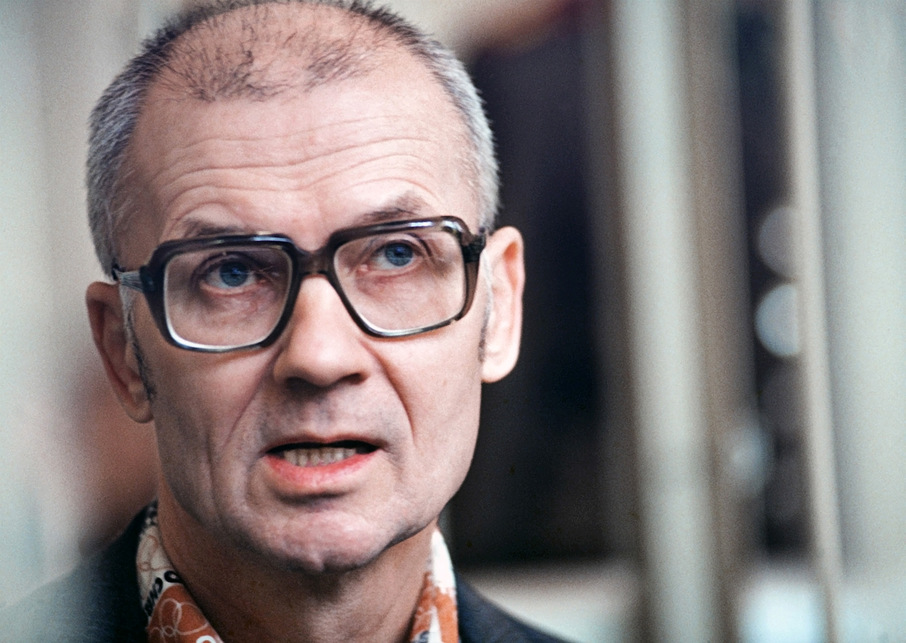 Today maniacs and skinheads have completely disappeared from the sight, while terrorism especially Islamic is a hot topic. Any more or less major crime fills the front pages and is being presented as another “Islamic terrorist attack”, which certainly creates a sense of constant danger and anxiety among the population of the Northern hemisphere, which is completely unaccustomed to such violence.

Everyone can think of several terrorist attacks that have occurred in the recent years: a triple attack in Volgograd in 2013 (21 October, 29 and 30 December; video of the explosion of the train station is shown below), the Paris attack in the Bataclan theatre on the 13th November 2015, the terrorist attacks in Brussels on 22 March 2016, two attacks when trucks were deliberately driven into crowds in Nice (14 July 2016) and Berlin (19 December 2016), and more. All these attacks are in some way connected with Islam and trigger a certain request from the society, which, in principle, is clear — a desire for security.

Though, due to the emotions of the electorate and the desire to “do something” in order to appease their voters, politicians often act recklessly and counterproductive.

Some countries impose draconian laws regarding wiretapping its population and the whole world, others tighten their immigration laws, seeing it as the cause of the problem, some put CCTV, metal detector arches, guards, etc. everywhere. We are creating a cage around us which is also paid by us and the governments are only happy to take our freedom — any bureaucracy requires a constant expansion of its authority.

I suggest to calm down and think for a moment — do we really need this? Should we support the instantaneous decisions of the politicians, that greatly limit our liberties (and have little in common with security)? A couple examples for consideration.

In Prague, on the 10th July 1973, a 22-year-old Olga Hepnarová drove into a group of people waiting for a tram. Eight people were killed and 12 were wounded. It is obvious that in the isolated socialist block there was no problem of migration and she was an ordinary Czech citizen, who was completely sane (unless, of course, we can call an intentional murderer a completely “healthy” person). The reasons for such an act she saw in her difficult childhood and life in general. A melancholic film came out last year about this event.

This example is similar to the Berlin attack by the execution type and the number of killed and injured (12 dead and 56 injured in Berlin). One can certainly argue that the criminal in Berlin drove off the pedestrian zone and if this hadn’t happened there would be more victims. It’s true, but taking into account the technical progress, I wouldn’t claim that Hepnarová wouldn’t drive into some busy street in Prague using a modern truck which is much larger than the one she used in the seventies.

We can also recall the more recent events. The 2011 Minsk metro bombing that was organized by two Belarusians. I’d like to emphasize on this point: Belarus is a very isolated country. It’s more isolated than Russia. Before the recent liberalization of the visa regime, only citizens of about twenty states could visit the country without a visa. For comparison: citizens of 40 countries can visit Russia without a visa, 43 can visit the US, Germany 91, Israel 96 and citizens of 111 countries don’t need a visa to visit South Korea. Note how open are Israel and South Korea, although both countries are very serious about their security.

Returning to Belarus, it should be added there are only two major religious confessions — Orthodoxy and Catholicism as well as a minimum number of immigrants and a minimum number of Muslims. In addition to this, Belarus has no internal policy except for the loan begging from Russia, China or the IMF. Belarus isn’t even an enemy of the Islamic State. At the same time, there was a terrorist attack in Belarus.

Another interesting example from Belarus: in October 2016 one visitor went to a mall in Minsk and stabbed a woman with a chainsaw and wounded another with an axe. The same year in February in Moscow, a woman who came from Uzbekistan and was working in Moscow as a nanny burned the apartment of her clients and went to the nearest metro station, after cutting off the head of a four-year-old girl that she babysat. Near the metro, she shouted Islamic slogans and threatened to blow up everyone while holding the girl’s head in her arm.

What is the difference between these two cases? Personally, I see no difference. Mentally unstable people have killed other people. However, the event in Minsk was quite instantly forgotten, while in Moscow people have long talked about immigration and Muslims, although these discussions were informal, the state media maximally suppressed this story, since it didn’t fit the picture “while there is an “Islamization” of Europe, everything is OK in Russia”.

We shall not forget about Mr. Breivik, who sees immigration in Norway as a problem and has killed 77 people and injured 319. 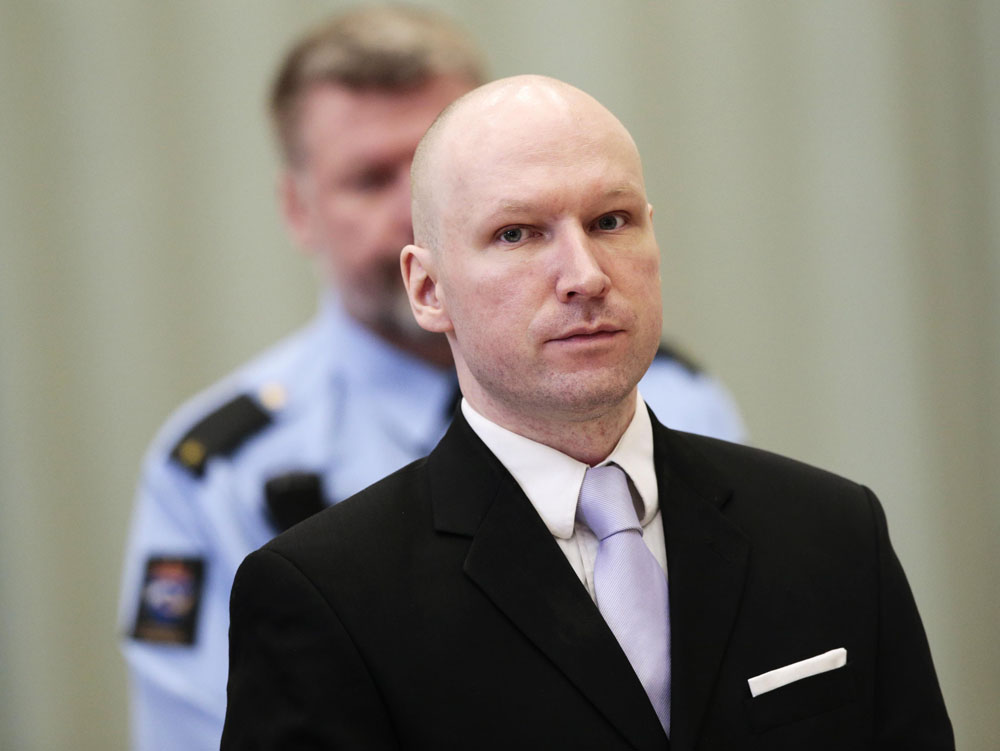 The crash of the Metrojet Flight 9268 on 31 October 2015, which killed 224 people and which is classified as a “terror attack” can be compared with the recent Germanwings plane crash on the 24th March 2015, whose pilot was an unstable person.

I deliberately equalize the “Islamic” terror attacks with “regular” accidents or murders. It’s time to stop to allocate “Islamic terrorism” and “terrorism” from a clear and general concept — “crime”. Countries should fight crime regardless of the nationality, belief or mental condition of the criminal.

By scaring everybody with “Islamic terrorism” we automatically put an “unreliable” label on every (Syrian) refugee or just any (Muslim) immigrant, while at the same time smiling and greeting a white man with a big bag who walks near them.

My position concerning this topic is the following: 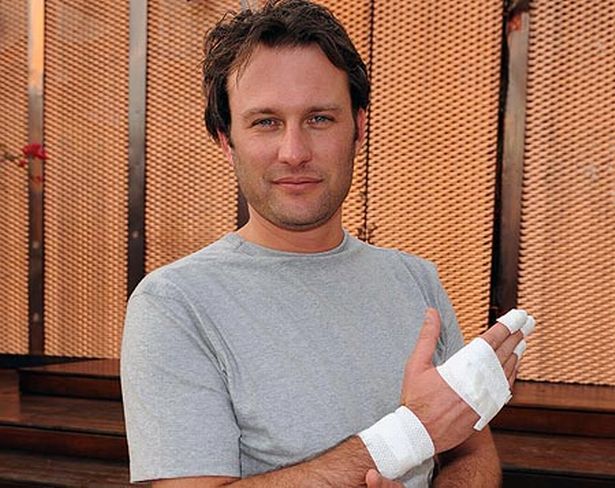 Jasper Schuringa who neutralized the terrorist in the plane

In conclusion, I would like to add a few words about the “freedom” which is mentioned in the title. Sometimes it isn’t possible to predict an accident (and a terrorist attack for a regular person is as unpredictable and as deadly as a tsunami or an earthquake), and therefore the “war” of the government officials with the terrorist threat is ridiculous. One can recall the Volgograd attacks which happened almost in a raw (21 October, 29 and 30 December) and this was under the promises of all the intelligence agencies that “everything is under control”.

The government can place arch metal detectors everywhere — in every metro station, every airport, office, and building. It can also hire an army of security guards who are only capable of pressing the alarm button and menacingly looking at pupils, but then the criminals (exactly “criminals” and not “terrorists”) will just switch to the crowds of people on the streets — there are plenty of tourist places in every big city.

We can, of course, go further and install CCTVs throughout the whole country, but even here the effectiveness is questionable. Even if the country will not go bankrupt while installing and maintaining so many cameras, wiretapping everyone, storing data for decades (trillions of “hey 🙂 wassup?”, billions of selfies and food photos), as well as examining this garbage, still, during the most needed moment, right on the corner of Kremlin, when an oppositionist politician was killed, exactly at this moment no CCTVs were working. Funny, don’t you think?

And then the government will decide to put everyone into underground bunkers — one room per one person. And so we don’t do anything to us, a camera will, of course, be in the room. And the bunker will be constantly guarded by the military, preventing any threat from the outside. Of course, this fortress will be paid by us. After all, it’s done for the sake of our “security”.

Another thing is that in the whole world the described place is called a “prison” and any law-abiding citizen in every possible way resists getting there, even under the pretext of “public security”.