Today the human species is considered to be the only dominant one on the planet. And even though the concept of dominance may vary and include many different aspects in which humans will not be more successful, nevertheless, it is possible to talk about the phenomenal history and the development of the species. Additionally, in its niche, that is, among the mammals, human dominance is indisputable. It is due to several factors such as: the human ability to leverage the strengths of other mammals (and not only), the best among all living beings ability to communicate, good educability and brain plasticity. And human dominance among other species in many aspects is connected with its brain, though it is a different topic. 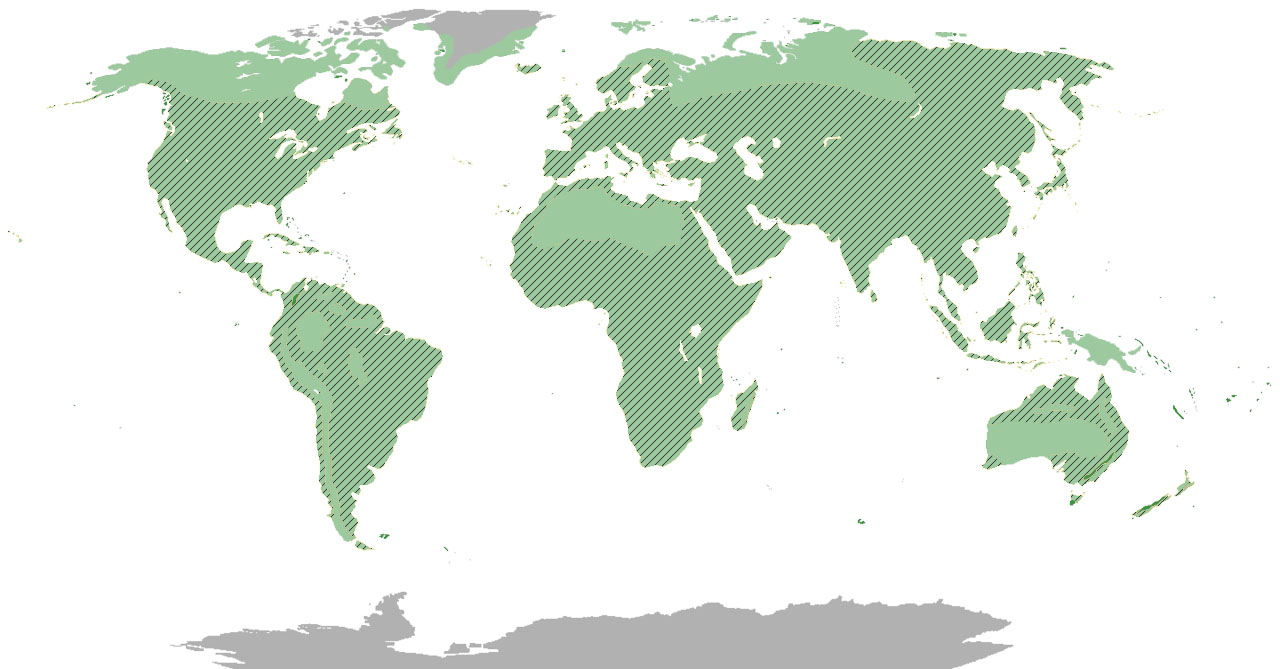 Human (about 7.4 billion, green) and cattle habitat (about 1.5 billion, lines)

Even in the context of human history many attempts were made to explain such success of the human species or rather to improve its quality and bring more attention to it. This is why many scientists and philosophers try to explain how and why humans develop. In the Soviet pedagogy even a number of human development factors were identified, these include:

It is safe to assume that on the territory of post-Soviet states specifically these factors are taken as the major one.

In Western culture it is common to point out some other factors:

Perhaps these factors were created for different tasks and certainly in different countries. It is worth saying that these are not the only classification factors, but, nevertheless, they provide us with some kind of a base.

In order to understand human development and the causes of this phenomenon it is necessary to analyze the history of mankind as well as current position of the human in the biosphere and the world in general. One can build a variety of assumptions why human beings got such opportunities in the development, but if we work exclusively with facts we can draw some specific conclusions.

In the human history there is a one phenomenon that is difficult to explain — human’s emergence. There are a number of theories on this matter. It is a strange thing, but it is quite difficult to discuss this topic, what is more, it is difficult to believe that humanity has ever appeared. But even if the time of emergence was spread over many millions of years, it does not make the situation any easier.

Of course, there are theories that humanity exists continuously without beginning or end, but it is likely that they are poorly connected with our reality. It is amazing how hard it is to imagine even the moment of your own birth or the very first memory in life. Human emergence point is as important for the human development, as an idea is important for its implementation. If we accept that our species was born at some point in time, we accept the existence of some kind of a reference point. We should start the discussion from that point while talking about the factors of human development.

As with the possibility of existence of organic life on a planet, in the human evolution there is such a thing as scale. It should be understood that scale does not exist in the objective world, but a human has clear boundaries of his vision, hearing, smelling and so on. This proves that the human being develops within these boundaries. Also, such a limitation is present for a mental visualization of the interacting objects and their sizes.

For a modern, well-educated and a developed man it is still difficult to imagine (mentally, in your head) the movement of heavenly bodies in the way it really is, while many of the processes occurring on Earth are much easier to imagine. This is due to the incredible vastness of the Universe and strictly speaking with a very large reduction of the scale for its study.

Nevertheless, we will hope that one day the human brain can handle such complex processes as easy as it now operates with the endogenous processes of the planet or a particular region. Therefore, factors that have an influence on human development should have a certain scale.

Our ancestors, living in a certain part of the world, had to feed themselves somehow, preferably on a continuous basis, which was the cause of the birth of the economy. In one natural zone the humus layer is stronger than in the other, resulting in a different number of harvested crops. Some people were forced to collect everything, squeezing all the resources of their farm activities, others, on the contrary, could leave some part of the crop to the nature due to the greater productivity of the region. It is hard to believe that this and a lot of similar natural factors could affect the national self-determination and the national identity of the nations, but given the timeline of hundreds of thousands of years, this version sounds quite plausible.

Roughly speaking, national differences could be then affected by: 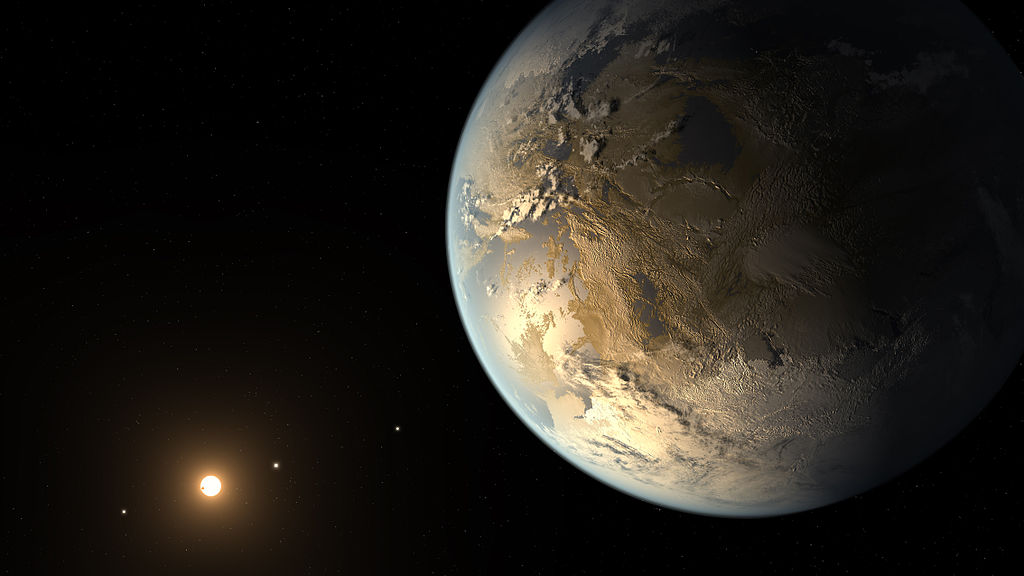 A concept of an exoplanet similar to Earh

For all Earth inhabitants we can also allocate “general” for all nations factors, such as: gravity, rotation frequency, Earth magnetic field, the number of satellites and so on. And the existence of zones of habitability in galaxies, star systems and in fact even the planets themselves, leads us to a high degree of determinism of development of the biological life on the planet in general, as if alluding to the maximum similarity of the biosphere of habitable exoplanets with the biosphere of the Earth.

If humanity at the beginning of its path was more or less uniform and equal (a small population was present in one natural area), sooner or later with the spread across the planet racial and national differences appeared. This is largely because of the impossibility of communication between different groups of people due to natural disasters or conflicts between subgroups. Therefore, Earth can be considered as the main factor of human development. Of course, to describe all the factors and assess their impact it is necessary to conduct an incredibly thorough research, but in the present, a small number of resources point to the importance of the geographical determinism concept, and now, partly it is ousted by other concepts and the geographical determinism gets its development more in political science and sociology.

Despite the fact that, say, before the emergence of a language, a person could not be influenced by such factors as: social, cultural, economic; the influence of education is critically insufficient, an obvious lack of more or less adequate own activities, less strong is the psychological influence and so on. Thus, in both of the above systems only a couple factors are left that do not contradict the concept of geographical determinism — environmental factors and physical or inheritable. It seems that the concept was abandoned due to the prevailing nationalist and racist sentiments. Although in its essence this concept on the contrary brings people together into something whole and initially uniform, therefore the theory of geographical determinism only explains the currently existing national, racial and cultural differences.